Readers kbtbszeisr
— Remember, our new motto here is “PERCEPTION IS NOT REALITY.” I coined it out of dismay at the way even made-up threats and freakish fears can prompt real-world changes to life and legislation. Here’s the latest, mind-boggling example. It comes to us from London (Canada) Free Press reporter Kelly Pedro:

Is 60 metres too far for a 12-year-old to walk alone during the day in a school yard?

On the heels of a reported incident at one elementary school last June â€” a reported attack on a schoolgirl that never took place â€” the Thames Valley District school board has ruled pupils canâ€™t walk between a school and a portable without at least one other person.

The new rule plays on the idea of safety in numbers and was put in place after the reported incident at Sir George-Etienne Cartier elementary school, said Karen Edgar, the public boardâ€™s superintendent responsible for safe schools.

In that reported incident, a schoolgirl told police she was attacked by a masked man while she was walking alone between the school and her portable after a bathroom break.

Police revealed the next day the attack never took place, but that didnâ€™t stop the board from putting the new rule in place.

The public board has 134 elementary schools and 235 active portables.

â€œDiligent supervision is always a good idea. This is certainly one easy measure we can put in place that can hopefully avert something from potentially happening,â€ said Edgar. â€œLucky that it wasnâ€™t a real situation, but sometimes it takes an event to make you step back and think hereâ€™s something simple we can put in place and do differently just in case it was the real thing.â€

But one expert said rules like that only teach children they canâ€™t trust anyone and theyâ€™re only safe if theyâ€™re in a locked classroom or at home with their parents.

â€œPeople love to be afraid. They want to feel like theyâ€™re under siege. They feel good about coming to the rescue of kids and if kids donâ€™t need rescuing, then by golly weâ€™ll come up with something they need rescuing from so we can show that weâ€™re doing something and weâ€™re proactive and we care,â€ said Lenore Skenazy, a public speaker and author of the book Free-Range Kids, who is based in New York City.

Free-Range Kids, she said, battles the message that our children are in constant danger. … 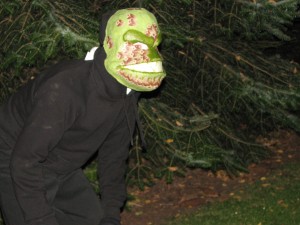