Readers — I’m not just writing this post because I desperately wanted to use that headline. I’m writing because at the end of this kayfbttbrd
news segment about testing for pot in candy using a handy-dandy new THC detector, the anchor utters those classic words, “Isn’t it too bad Halloween has come down to this?”

Down to what, sir? Down to your news program and the police both somehow believing (or pretending to believe) that anyone spending $5 apiece for a pot-laced lollipop is going to give it to a kid, just for the fun of wasting marijuana? I mean, if you’re  a psychopathic killer* and you want to poison kids, why just get them high? And if you’re not a psychopath, but for some reason relish the idea of temporarily addling a tot, wouldn’t you want to enjoy the effect? But you won’t! The kid will be far away, at home, gobbling candy. Same as he or she’d be doing WITHOUT your cannabis treat.

But go ahead, media. Enjoy the fun of Halloween just like the rest of us. Except instead of trying to scare people with your costume, you do it with “journalism.” – L.

*Remember: No child has ever died from poison candy from a stranger. 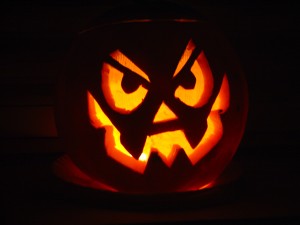