Readers,  I’m sure that plenty of people think that it is a GREAT idea to stage the mock abduction of a child and then get all the local crime fighters involved.

But not me. Staging an event like this makes it seem as if stranger abductions are common, or at least on the increase.  In fact, they are the rarest of crimes. And, according to Kenneth dfarkfbkiy
V. Lanning, a 30-year vet of the FBI, who consults on crimes against children:

“I am aware of no research that indicates that children today are any more likely to be abducted by sexual predators than they were 50 years ago.”

A mock abduction not only mis-allocates resources that could be better spent deterring far more common crimes (like running stop signs). It also makes it feel as though kids who walk or play outside on their own are far more vulnerable than they really are. As a result, parents keep their kids supervised, and cops (thinking the kids are in danger) are more apt to harass the parents who don’t. Instead of making anybody safer, all this does is increase the climate of fear, which leads to increased isolation, which leads to increased fear, which leads to increased police intervention, which leads… well, I think you get the idea. In order to share my dismay, I give you this AP story (and let’s not even worry about its grammar).

16 CART agencies from the region set up command posts at the Wakulla Community Center. Tuesday’s simulation was all to find the nine-your-old who had been abducted and for the different agencies represented to work together. “Those teams are a joint effort of investigators, search personnel capabilities and assets from the surrounding counties,” said Don Ladner, Special Agent In Charge for Florida Department of Law Enforcement.

The mock abduction was also to development the communication between the agencies so for when the emergencies does arise law enforcement will be ready.  “A child could go missing anywhere. It brings them all together, lets them work with each other and get to know the other CART team members,” said Wakulla County Sheriff.Charlie Creel.

As the information was gathered throughout the day a mock vehicle was spotted and multiple agency response crews including the K-9 tracking units and a mock helicopter flew overhead….

My biggest question is not: Who decided this was necessary? It’s WHAT IS A MOCK HELICOPTER? Is it cardboard? A hologram? Or a helicopter spewing vicious taunts? “Call that a response team? My tail rotor’s got more brains than all of you AND your dog team!” Oh, and by the way:

The 13 county North Florida CART region has not experienced a child abduction, but the exercise gave the agencies an opportunity to practice coordination efforts in the event of a real abduction. 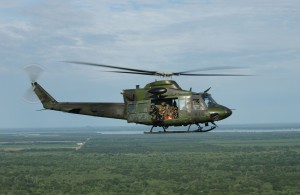 “You candy-asses couldn’t find an abducted WHALE in polka-dot pajamas!”

City Planning and Kids with Rickets
When We Let Boys be Boys (Get Out Your Hankies!)