Folks redtikzsba
— As odd as this WABC story is — and it’s a doozy — the truly oddest part is that it took place, literally, in “Toad Suck” Arkansas.

An Arkansas woman was charged with endangering the welfare of her child for breastfeeding after drinking alcohol in a restaurant.

The charge was dropped last week, but the issue of breastfeeding and drinking is still a very real one.

It’s also home for Tasha Adams, a stay at home mother of three.Â With her baby in tow, she and her parents stopped for dinner in the nearby town of Conway.

“I had a beer, with that, and then I had another one, later on,” said Tasha Adams.

But that’s not what Jackie Connors says she saw. The off-duty waitress showed up early for an after hours staff meeting.Â “There were two or three, um, drinks in front of her already, when I got there,” said Connors.

Jackie, who has an infant daughter of her own, consulted her own mom.

“She texted me back and said, “Call the police,” said Connors.

She called, they came, and they arrested the mom. Like the report says, eventually the charges were dropped and the busybody waitress was fired.

What makes this a Free-Range issue is:

1) The idea that if a parent does anything the least bit sub-optimal (why wasn’t she drinking organic kale juice???), the child is in immediate and grave danger. That’s Â not true. Parents do not have to be “perfect” for children to thrive. But the belief that they do leads to —

2) The idea that therefore everyone should be on the lookout for any imperfect parenting behavior and immediately turn the “bad” parent over to the law.

Let cops jump in if a child is beaten, starved or neglected, not if a mom is enjoying a night out with her family in a way that some waitress somewhere disapproves of. – L.Â 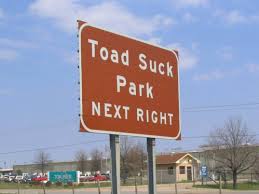 Reasonable alcohol intake should not be discouraged at all. As is the case with most drugs, very little alcohol comes out in the milk. The mother can take some alcohol and continue breastfeeding as she normally does. Prohibiting alcohol is another way we make life unnecessarily restrictive for nursing mothers.

Man Thrown in Psych Hospital for Giving Money to Strangers
Take the “No Snacks” Challenge!