April 7, 2016
.
A dazfzddtty
South Carolina mom who let her 9-year-old nephew walk her 3-year-old son to the McDonald’s less than a quarter mile away has been — I’m sure you can finish this sentence in your sleep by now — arrested and charged with child neglect.
.
The reason? According to WSPA News 7:
.Â

The officer says the boys had to cross a street and pass several businesses and homes to get to the eatery, putting their safety at risk.

Â .
Oh if only the kids had passed something less inherently dangerous than a home! Or business!
Â .
The mom, Tiesha Mesha Hillstock, 24, told the police the unthinkable: She had TRUSTED the older boy to “take care of his cousin.”
.
Which, apparently, he was doing. Nonetheless, when the kids were spotted without an adult, or drone, or armored tank to keep them safe, the cops swooped in and accompanied them back to their home. The Spartanburg Police Department then issued an arrest warrant.
.
Because, you know: Anytime a child is unsupervised, a parent must be arrested. It’s as simple as that.Â Now imagine if your own childhood had been lived under constant, state-mandated adult supervision.Â
Â .
Seems like America would like nothing better than to raise children who are completely inert unless an adult is one arms-length away to make sure nothing happens.
Â .
And nothing will.Â
.
That’s why I urge you to bring up the idea of your town going Free-Range. All it takes is adopting the Free-Range Kids & Parents Bill of Rights: “Our children have the right to some unsupervised time, and we have the right to give it to them without getting arrested.”
.
Bring that bill to your mayor, or city council. Write a letter to the editor of your local paper about it. Towns that go Free-Range can expect an influx of parents delirious at the idea they can legally let their kids walk and play outside. Expect delirious kids, too.
.
Go Free-Range. Officially. Town-wide. – L. 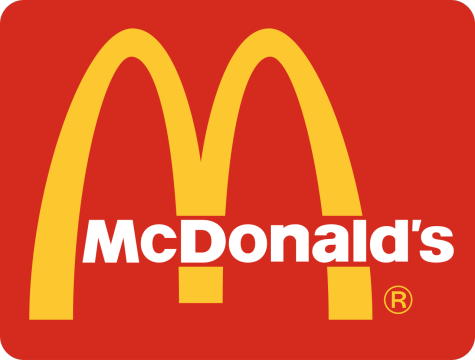 Kids walking on their own? I’m lovin’ it.Â

Why Are People So Mad at the Girl Reporter, Age 9, Covering a Murder?
Kids Must Take the Bus or Be Driven Home No Matter How Close They Live

60 Responses to Mom Arrested for Letting 9 and 3 y.o. Walk to McDonald’s