An iiardezrnt
upstate New York mom has been arrested for an unspeakable crime. She allowed her 10-year-old child to shop alone at the Lego store in the local mall while she shopped in a different store.

The Ontario County Sheriff’s Office says a Pittsford mother is accused of leaving her ten-year-old child alone in the Lego Store at Eastview Mall while she shopped.

Deputies say that 44-year-old Jia Fan was arrested at about 5:37 p.m. Sunday evening. She is charged with endangering the welfare of a child.

Alert readers may recall that in 2014 a mom in Long Island, New York, was arrested for leaving her 7-year-old at the Roosevelt Field Mall Lego store for one hour and 20 minutes while she shopped elsewhere in the mall. And in 2015, a Lego store in Canada detained an 11-year-old for being “too young” to shop alone. That child’s father, Doug Dunlop, wrote a letter to the company:

Today, our son went to the Lego store in Chinook Mall, Calgary, Alberta. He had over $200 and was intending to purchase some Lego with it….

Imagine my surprise when I entered the store and found that the manager had called a security guard to detain my son….

I spoke to the security guard who told me that the Lego store required a parent to be with any child 12 or under. He stated that it was Lego store policy and that he was just enforcing it.

I then followed the guard to the manager, and asked him why he would call security on my son. He stated that for safety reasons, no child under 12 could be left unattended in the store.

My question: Is a child of double digits “unattended” or simply “on their own” if they are out in public without an adult chaperone? One label implies negligence on the part of the parent, the other implies a parent who has raised a competent young adult.

Another question: Did Lego call the cops on the latest kid, or did the cops stumble upon the kid on their own?

The Lego corporate press office has not responded to my request for comment. The manager of the Eastview Mall Lego store, Dan Prouty, told me that he could not comment on whether or not someone at his store called the cops. But Prouty did acknowledge that there’s a sign in his store’s window that says, in his words, “children under the age of 12 are not allowed to be unattended in the store—that’s paraphrased a little bit.”

I went into the Lego store at Rockefeller Center here in New York City yesterday and asked the guard if I could let my (hypothetical) 11-year-old come shop my himself. The guard told me no.

Lego does seem to be obsessed with age liability. Consider these admission rules at the Legoland in Toronto:

Please note: Children 17 and under must be accompanied by an adult supervisor 18 years of age or older. Adults (18+) will not be admitted without a child, with the exception of Adult Only Nights.

So people are almost always too old OR too young to visit Legoland alone.

As for the mom in upstate New York, WHEC says she was “given an appearance ticket, and is expected to answer the charge in Victor Town Court on a future date.” 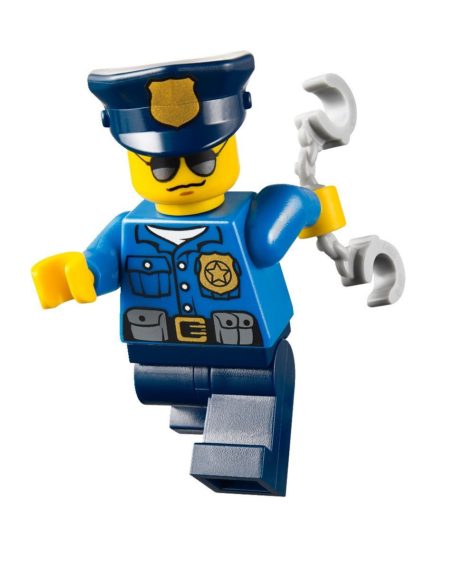 Halt there, you tween!

“3 Rules I Made My Daughter Swear to Obey at College” — Do Any of Them Make Sense?
Mapping The Places You Played Outside as a Kid