Can we remember that it is not “babysitting” to watch over someone else’s child playing next to your own, just because the parent is not right there. It’s called “community.” It’s called “being a decent human being.” It’s called “normal.”

What is not kedhtdbdbh
normal is getting the authorities to intervene simply because you disapprove of another mom’s parenting decision:

How can we defend good parents caught in the net of the over-reaching laws?

On 6/24 I was arrested in CT for a 53-21a: Risk of Injury to a minor.Â  It was for allowing my 3 year old to play in the sand with 2 other little children while I watched from a distance while helping my two older daughters with fishing off a jetty.Â  I measured on Google Earth and I was never more than 75 yards away, on a quiet evening with few people on the beach.
Â .
My daughter would have played closer if there had been anyone to play with, but in fact these were the nearest little children.Â  The parents of the other children were hovering over them, so I felt it completely safe, and safer than making her be on the jetty at low tide with no railing and rocks 8 feet below on the sides.
Â .
Well, those parents collectively decided that I was a terrible mother and that my child was neglected and they called the police.Â  They also said horrible things to me and accused me of letting my child “wander” the beach, being 100 yards away, and of having alcohol at the time.Â  To add insult to injury, they cheered when the police car drove by with me in it.
Â .
Additionally, I want to tell you that I was at the beach that day with a Jewish Moms’ group called the “Mitzvah Mamas.” Â In this context mitzvah means good deeds.Â  That day I led a meeting about a Friday night ritual called “Blessing the Children.” Â I adore my children and they are even more important to me than my husband!Â  It was opened up as a family event because someone in my group offered to let us all use her family’s beach house.Â  My husband was present and so were other families. It felt like a completely safe environment with many eyes on the children.
Â .
When the police came, the primary officer questioning me seemed to have made up his mind to arrest me when I admitted that my 3.5 yr old daughter was more than 10 ft away from me.Â  I questioned his premise that 10 ft is a legal standard.Â  He didn’t like that.Â  I said that I just don’t believe that people are ready to steal my children as soon as I turn my back.Â  He said “Yes they are.” Â He also refused to take statements from my husband or a friend who vouched for me that I was indeed watching my children, as he was sitting on a beach chair watching everyone the whole time.
Â .
This charge is outrageous!Â  I feel like the legal question at hand is how far is too far to be watching a 3.5 yr old from.Â  Statements from the police officer lead me to believe that the parents who reported me resented that I was leaving them to “watch my child.” Â Clearly they and the police officer believe that parents must hover over their children.
Â .
I could go on and on with details, but I’ll spare you that.Â  I have had many, many people ready to write character references for me.
Â .
I write you today, because I am desiring to fight this criminal charge instead of taking the easy way out with the “Accelerated Rehabilitation” program. My only problem is that lawyers cost a lot of money and I don’t have much. I figured if there are any organizations that might fight for a parent’s right to let their children play without fear that the boggy man is ready to grab them at any moment, then you would probably know about it.
Â .
I also feel a desire to go public with this story, but a lawyer told me “don’t say anything to the media.” Â Therefore I didn’t, and as a result my reputation has been smeared as the only the horrible accusations were publicized.
Â .
Thank you for any help or advice you can give me.
Â .
Sincerely,
Â .
A Caring Mom

I wrote back to say I, too, wasÂ outraged at the vindictiveness of the other parents and the clueless contempt of the cop. If children are so endangered in his town he is the worst cop ever.
Â .
Then I added the truth: I don’t have a list of pro-bono lawyers or even a fund to help pay for lawyers. So I’m sending her note to David DeLugas, executive director of the National Association of Parents, which takes on some cases of government overreach into parenting and hopes to do more as more people become members.Â
Â .
In the meantime, let’s all remember that one alternative name for Free-Range Kids (at least in my head) is The Benefit of the Doubt Association. Let’s give parents the benefit of the doubt — and some help — long before we call 911. – L. 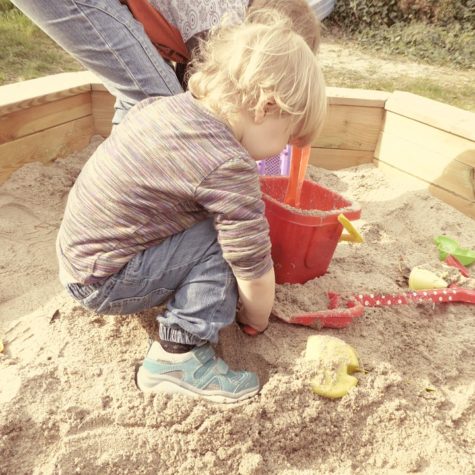 Are parents forcing others to “babysit’ their kids simply by standing further back?

Should You Give Your Subway Seat to a Kid?
Mom Late for School Pick-Up is Terrified her Son Will Feel She Doesn’t Love Him

82 Responses to Mom Arrested for Watching Her Child from Afar, after Busybodies Call Cops