Yesterday I posted rfaefbsfkt
a video of Mike Tang, the dad sentenced to 56 days’ labor for making his son walk home a mile to teach him not to slack off on his homework. Some of you have asked if there’s a way to contribute to Mike’s defense fund. Here is what he wrote:

Thanks.Â I am at this point, refusing a lawyer, and all donations. Â It’s not a matter of how much the fine is, or the cost of the lawyer, as much as the notion that it shouldn’t come to this. Â
.
If the fine was 2 cents and 10 minutes of community service, I still would not pay it. Â If all Americans had to hire a lawyer to defend each little parenting decision such as spanking or forcing a kid to clean up his room, there would be no victory for the parents, only for lawyers. Â
Â .
If I can show the cops and county that I can win (or die trying) without a lawyer, perhaps that might knock some sense into them next time they try to pull something like this.
Â .
–Mike
Â .

P.S. Another thing I’d like to address, if I could, to the many people who ask: Â “Well, what would he feel if something DID happen to the kid?”Â My response would be:

Â .
“I’d be just as sorry and remorseful as if I drove him somewhere and got in a car accident, or if I dropped him off at school and he was injured at a school shooting. Â But that certainly doesn’t make driving him in a car or dropping him off at school dangerous or illegal.”

Â .
Whatever anyone thinks of Mike’s approach or demeanor, that last point is really well taken. Simply because some rare and unpredictable tragedy COULD happen literally anytime, anyplace, that doesn’t mean a parent is wrong to trust the overwhelming odds that everything will be okay. This, “Something bad COULD happen” rationale is exactly what killed the Free-Range Kids Bill of Rights in Arkansas about a week ago.
Â .
Moreover, the feisty father makes another great point saying that if our parenting decisions can be second-guessed — and litigated — simply because they’re not popular, none of us is free to raise our kids the way we see fit.
.
That, and not his personality, is the issue of importance: In the absence of immediate, egregious and statistically likely danger (which we DO want to protect kids from), who decides how we parent? It cannot be the cops or courts. – L.
Â .
P.S. — And in other 8-year-old kid news: A boy in Ohio, 8, drove his little sister, 4, to McDonald’s for a cheeseburger (which they had time to eat before the cops arrived). He obeyed all traffic signals and said he learned to drive from YouTube videos. This story is being celebrated all over the internet. Maybe Mike should have made his son DRIVE home. 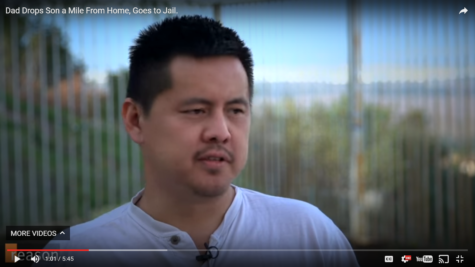 Mike Tang thanks readers for offers of assistance, but will not take them.

Dad Sentenced to 56 Days Hard Labor for Making Son, 8, Walk Home at Night: “I’d Do It Again”
A Mom Molested as a Child Tells Parents: To Make Your Kids Safe from Sexual Predators STOP HOVERING

170 Responses to Mike Tang, The Dad Convicted for Making Son Walk a Mile, Responds to Critics AND Offers of Assistance