Readers anfezzkhat
— Sometimes I tweet these smaller stories, which allows me to get them out to the public without writing a whole post. But since I worry not everyone who reads the blog sees my tweets, from time to time I am going to start putting little items here without much comment. I just want them to be seen. I think you can guess how I feel about this crime blotter item from upstate New York. (I have removed the mom’s name):

J. B., 28…was charged with endangering the welfare of a child, a misdemeanor, in connection with an alleged incident that occurred outside the Saratoga Springs Public Library shortly before 1:30 on Tuesday afternoon.Police said the woman left her five-month-old daughter unattended in her vehicle for approximately three minutes. B. had re-entered the library to receive her cell phone, according to court documents. The child was left unsecured in an infant carrier and was completely covered with a light blanket, police said. Members of Saratoga Countyâ€™s Child Protective Services were contacted and responded to assess the situation. The child was unharmed by the incident. B. was released on her own recognizance.Â Regulations vary from state-to-stateÂ regarding the legality of children being left unattended in a vehicle. Â 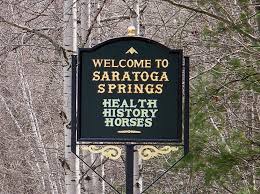 Mom Mad City Bus Allowed Her 8 y.o. to Ride: “Anything Could Have Happened!”
A Remote Control Brake for Your Kid’s Bike?

34 Responses to Mom Ducks Into Library for 3 Mins, is Charged with “Endangering” Child Waiting in Car