April 11, 2016
.
I absnzrtezz
figured I’d get your weekly dose of head-exploding insanity out of the way on Monday. Then we can talk about other ideas the rest of the week:
Â .

Dear Free-Range Kids:
.
I’m contacting you because I need a voice of reason in the insanity that are the local mothers in Columbus, Ohio. Recently, a mother was at the play place at the local mall when she felt that a man was following her. She then states that he was taking photos of her and her child but disguising said photos as “selfies.” I’ve copied and pasted her entire account of the ordeal below.
Â .
Â  “Â ****PLEASE BE CAREFUL AND PAY ATTENTION TO YOUR SURROUNDINGS****
.
I never go anywhere by myself, but today I thought it would be nice to take L to the Polaris mall and play at the play area with other toddlers.Â I noticed when I was walking down the stairs 2 men were watching me walk down. One walked away and the other proceeded to take pictures pretending they were selfies, but I Â noticed myself and L were in every frame. I tried to walk away and he just kept turning and walking with me still taking pictures. He followed me around the outside of the play area taking more pictures and also taking some of other children. I sat down a little freaked out hoping he would leave and another mom noticed what he was doing and took pictures of him. The other man walked around the other side of the play area up to him and then they walked away. We complained to the mall security and they found him but the pictures on his phone were gone so they couldn’t even make him leave the mall. He told security he was visiting from New York. I am so beyond freaked out right now. I have no idea what their intentions were but they couldn’t have been good. Thankfully my husband left work to come to the mall so I didn’t have to walk to my car alone.”
Â .
Okay. So, not only did she post this description of the events, she also attached a picture of the man. At the time I’m sending this email to you, his picture has been shared 19,200 times. Mostly with the words “creeper” and “pervert” next to his face. When I posted my own little PSA in the same mom’s group, (you know, including facts about actual trafficking victims, and the actual odds that your child will be kidnapped by a stranger), I was vilified to the point where I just deleted my post and left the group. At one point, one of the mothers told me she “hoped one of my children became a victim, so that I would know what statistics felt like.” WHAT THE WHAT??
.
I just can’t understand why smart, educated women can overlook the fact that the boogeyman is not going to be the one that is going to victimize their child….Â Also, side note, how am I the only one who think it is EXTREMELY odd that the original poster states she “never goes anywhere alone”? I mean, that’s weird, right?
Â .
Thanks for everything you do! I’m going to keep spreading common sense and actual factsÂ no matter the reaction. It’s just hard when sometimes it seems like most other mothers have gone coo coo for cocoa puffs.
.
Sincerely,
Katie Goggin, Columbus, OH

.
If this was a story about just Â one paranoid mom, I don’t think I’d run it. The fact that the guy’s photo was shared 19,000 times is what freaks ME out. We seem desperate to be in the middle of some drama about predators stalking our kids. Are our lives so boring? Is it exciting to be “part of the story” by passing it along? Really: What is the motivation behind validating a clearly paranoid person’s delusion? – L. 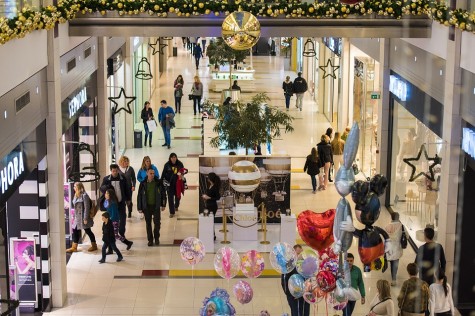 Oh no! Is that a MAN at the MALL? What the hell is he doing there?

Prescription-Strength Nature: Is It Right for You?
Happy 100th Birthday, Beverly Cleary! Alas, She Laments: “Today’s Kids Get No Freedom.”

113 Responses to Mom Freaks Out That Man at Mall Is Taking Selfies…With Her Kids In the Background! (And Facebook Supports Her)