This persecution of parents who love their kids and make the rational decision to let their them wait in the car a few minutes MUST STOP. Here ankfbtikzz
is the latest case, reported by Elizabeth Broadbent at ScaryMommy (which should be SCARED Mommy in this case!). The mom, Heather DeStein, 28, has a 3-month-old. She drove her husband to work, and by the time she got to he store, her baby had finally fallen asleep.

It was 36 degrees outside, and much warmer in the car, where the heater was running. The baby had on a winter onesie â€” â€œthe kind made of thicker material,â€ Heather said. She saw there was no line inside.

So she got out of her vehicle. She locked it. And she went inside, where she kept the car in her line of sight the entire time. Heather got a donutÂ because she hadnâ€™t eaten yet that morning. And when she came outside in her sweatpants and sweatshirt, she saw a man standing next to her car. He was wearingÂ tactical pants and a long-sleeved polo. â€œYou know thereâ€™s a baby in there, right?â€ he said.

â€œYes,Â I was gone for like three minutes,â€ she said â€” three minutes which wereÂ confirmed byÂ Wawaâ€™s security cameraÂ footage. But Heather says, â€œAll the man did was ask for my ID and go sit in his car, which was parked two down from me, and sat there. Fifteen minutes later he came back to get some info about my address.â€ Then, he said to her, â€œItâ€™s freezing out here. You should know better.â€

Heather says, â€œI started crying. I was freaked out. I said, â€˜Yeah, I know. Iâ€™m sorry.â€™ That sort of thing. I was trying to cooperate in hopes he would let me goÂ with a warning. Thereâ€™s no law against what I did. I was in shock about the whole thing.â€

After that, things progressed rapidly. Another cop car showed up with two officers. According to Heather, as they charged her, one of the men said he was â€œa new dad, and your daughter has to be like your third appendage, but heâ€™s made mistakes, and he understands where I was coming from.â€ She was technically arrested, but released into the custody of her fiancÃ© who showed up to get herÂ and their daughter.

But it didnâ€™t end there.

CPSÂ opened a case. They showed up at Heatherâ€™s house that day and asked aÂ number of ignominious questions â€” about her pregnancy, her mental health, her past addiction (Heather is a 18-months-soberÂ alcoholic, anÂ amazingÂ accomplishment). Finally, the worker said, in Heatherâ€™s words, â€œThey were going to make a safety plan. [It read] 3-month-old was left alone in vehicle, unattended. Says it will not happen again, and 3-month-old will be supervised at all times.â€ They said they would contact her fiancÃ© the next day, but didnâ€™t contact him until very recently, when he was told that they were closing and dismissing the case â€” on CPSâ€™s end.

Ah, but the legal case did not end. Heather is charged with “Contributing to the deliquency of a child.” The trial is set for July. And for those who believe that three minutes in a parked car can be lethal, Broadbent quotes me noting:

“If humans died because they were in an unmoving car for three minutes, weâ€™d all be dead the first time we had to wait for a freight train to pass.â€

Remember, we make SAFETY judgments Â based, unconsciously, on our MORAL JUDGMENTS. So if someone believes that anytime a mom leaves her child’s side she is automatically an irresponsible, immoral mom, that person ends up also believing that the unsupervised child was in enormous danger even for the briefest window. The value judgment seeps into the safety assessment. This UC Irvine study proved that.

So let’s try to consciously decouple those assessments. Hate on the mom, if you must (I hope you don’t!), but don’t claim that she endangered her child when she did nothing of the sort. – L.

UPDATE: I have deleted a comment made by someone impersonating Heather. 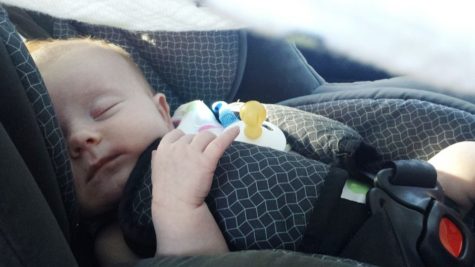 “School’s Out for Summer” — What’s Wrong with This Ad?
The Luke Heimlich Case: Should We Brand Juvenile Sex Offenders Forever?