Hi Readers — Here’s a story getting a lot of attention, for what I think are good reasons. As ahbnainysr
reported in today’s Toronto Star:

A York Region mother is fighting to have oak trees removed near her childâ€™s school, fearing that acorns could pose a deadly threat to students with severe allergies.

Donna Giustizia said the young trees on property owned by the City of Vaughan next to the St. Stephen Catholic Elementary SchoolÂ are littering the area with acorns. The school, meanwhile, is nut-free to protect students with potentially life-threatening anaphylactic allergies.

â€œA false sense of security is putting a sign on the door that says nut-free and thereâ€™s nuts all over the place,â€ said Giustizia, who has two teenage children with anaphylactic food allergies, one of whom attends St. Stephen.

â€œIâ€™m not a crazy mom, Iâ€™m not asking for anything thatâ€™s not already there.â€

I agree the mom isn’t crazy. But she also isn’t thinking straight. If she thinks the school should chop down all its trees, does she think the whole country should chop down its trees? Because it’s hard to believe that the only acorns her kids will ever encounter are those on school property.

It must be very scary to have children who are severely allergic. It is made scarier by the belief that the only way they can be safe is for their parents to personally hunt for and remove every possible trigger the kids could ever encounter. That’s impossible. No parent can create perfection, though it is this generation’s curse to try.

The truth is: We cannot child-proof the world, so it is our job to world-proof our children. Teach them how to be safe, prepare them for the path ahead, say Â a prayer and send them forth. – L. 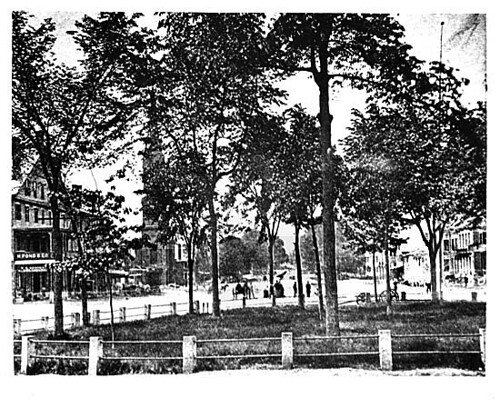 What Girl Scouts CAN Do — When Not Babied!
Chuck E. Cheese or Child Prison? You Make the Call!