Readers ehsatfbyey
– I try to feel for the parents so steeped in the acid of fear that they cannot think straight. So I am trying to feel sympathy for this mom. KING5 News reports:

A Seattle mom has never been more terrified to send her 11-year-old child to school on a bus.

Karenza Ferris thought her daughter, Zya, would ride a yellow bus during her first year as a middle school student at Jane Addams.

“A yellow bus would come, they would pick me up, and they would drop me off at school,” Zya said.

Except, just a couple weeks before the start of the school year, Karenza received a letter from the school district. After students finish elementary school, the district contracts with the public Metro bus for transportation.

“The first thing that came out of my mouth was, ‘What?'” Zya remembered. “You never know who rides it.”

What bothers her mother the most, however, is the 12 sex offenders who live within a mile of the stop.

Zya would have to walk alone, more than a half-mile to school.

As bad as I feel for this mom I feel worse for Seattle. Now that the news media has treated this mom’s paranoia as a legitimate concern, other parents could well pile on — especially as the school has relented and is allowing the middle school girl to ride the transportation previously reserved for younger kids.

Give parents something new to worry about, they will. – Â L 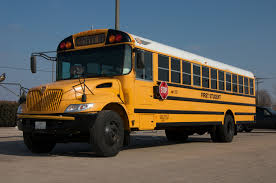 Save my child from acting her age!

“Why I Let My 9-Year-Old Walk to School — in a Big City”
Asthmatic 12 y.o. Died After School Staff Confiscated His Puffer