Readers zsaekfkbak
— Below is an excerpt from a 2011 interview with University of Toronto criminologist Scot WortleyÂ (just sent to me), whom I now consider a genius. He is so clear and smart about why, despite Canada’s homicide rate hitting a 44-year low, most people feel LESS safe, a discrepancy that daily constantly confounds me. The interviewer is Jenny Hall: Â

Why does it feel like itâ€™s less safe than ever out there?

This is one of the interesting things that we as criminologists are often asked to explain. We just recently did a survey in Toronto. We asked â€œdo you think crime has increased or decreased in the last 10 years? The vast majority of Toronto residentsâ€”in the 80 to 90 per cent rangeâ€”believe that crime is much worse now than it was 10 years ago.

There are probably a number of factors that contribute to that perception, but I believe itâ€™s primarily the impact of the media. Compared to 20 or 30 years ago, coverage of crime is a much larger proportion of all news coverage.

We live in the age of the remote control, when people can change the channel quickly when a news program loses their interest. If you do crime stories, that will capture the audience. If your news is dominated with political, economic or human interest stories, youâ€™re going to lose viewership.

This means we hear about the crimes that do take place in much more detail. We receive much more sensationalistic coverage. We receive the gory details.

We did a study of newspaper coverage a few years ago and found that there was a new homicide reported every single day in the Toronto newspaper. That was interesting because that year there were only 68 homicides in Toronto. So how can a new one appear every day?

The answer is that if there wasnâ€™t a local homicide to report, they went outside the city. We found that 40 per cent of the homicides reported were American. This gives the impression to someone who is getting all of their information about crime from the newspaper, or from the TV news, that crime is everywhere.

Are there other factors contributing to this perception?

I also think there are a couple of players that benefit a great deal from fear of crime. The private security industry is a multi-billion dollar industry in North America. They want us to feel insecure because then weâ€™re going to spend more money securing our homes and vehicles.

Law enforcement also benefits from fear of crime. Weâ€™ve seen police budgets and budgets for the public safety agenda increase dramatically over the last 20 years in this city and in other cities. I find it interesting that the Toronto Police Service remains largely silent in commenting on the drop in the crime rate. Itâ€™s interesting that when crime appears to be going upâ€”when we have a rash of shootings or gang-related activityâ€”the police are front and centre assuring the public that they are going to do all they can to fight the scourge of crime. But theyâ€™re very reluctant to deliver good news. Theyâ€™re very reluctant to come out and say, â€œYouâ€™re safe on the streets, the crime rate is down.â€ I wonder if that reluctance is somehow linked to a concern that if the public becomes complacent about crime, if the public argues that their money should be spent elsewhere, that their economic power would be eroded.

Crime has also become a very prevalent issue in modern politics. If you followed the last federal election, you saw the Conservative government champion themselves as the promoters of public safety and as the party that was going to bring criminals to justice. When that kind of rhetoric is so prevalent among our community leaders, it does have an impact on public perception. [MORE HERE!] 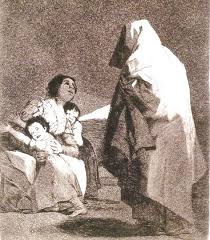 What’s Wrong with the Sex Offender Registry — According to Jacob Wetterling’s Mom
Take Your Eyes Off Your Kids!

53 Responses to Murder Rate Down, Fear Up: WHY?