What a week it has been for Tammy O’Haire, a cowgirl (and online fnbkinifed
fitness trainer) in Bozeman, MT, who’s mom to a 9-month-old bouncy baby boy. On Monday she put him in daycare for the very first time: a warm, welcoming place in Belgrade, MT, where the food is organic.

On Tuesday, Tammy got a call at work — a cattle feedlot — from Child Protective Services. The agency had to meet with her immediately. Â She and her husband were suspected of child abuse. The daycare center had called CPS to report a bruise on the baby’s chest.

A Free-Ranger reader alerted me to a Facebook post Tammy wrote right after going to pick up her son and asking the daycare provider why on earth she did this:

You didn’t even ATTEMPT to contact either of us to ask what it was first, you went strait to the state assuming we are beating our child??? And as a parent who’s whole world revolves around her son . That is the biggest INSULT. It took EVERY ounce of trust I had to leave him with you Monday morning because I am an overprotective mamma. But I TRUSTED you and I did because I thought I could trust you to care for my child AND communicate with us as parents (as stated in your HANDBOOK!) I understand that you are an advocate for children, but really, the second day? And for a birthmark that IF you had just called, I could have answered your question???

I tracked down Tammy to ask what happened next, and she told me that the daycare provider said that she’d thought the mark on the child was either a bruise or a rash.

That’s a pretty huge difference (although bruises are also often innocent — kids bump into things). But with our mandatory reporting laws — and with childcare workers trained to think not only of what terrible thing could be happening, but what terrible thing could happen to them if they don’t report it — the scales tipped and the provider made the call. (On the provider’s own Facebook page, she stands by her decision, but says it was a hard one.)

Worse is what happened at CPS.

Tammy made an appointment for her and her husband to meet with CPS on Wednesday. But first thing that morning, she took her son to the pediatrician.”She examined him — she’s been his pediatrician since he was six days old,” Tammy told me, “and she confirmed it was a birthmark and not a bruise.” The doctor even wrote a note.

What’s more, Tammy has posted Facebook photos of her son every month on his birthday. The birthmark showed up at around five months. So she had four time-stamped photos of this “bruise.”

At her CPS appointment, she showed the CPS worker and the sheriff, who joined them, the photos and the doctor’s note.

“The sheriff told us that he thought the birthmark looked like a handprint.”

At that point, says Tammy, “I was a blubbering mess. I think this is standard protocol — they have to take everything very serious. I’ve been hearing this, ‘If there’s any sign of any suspicious marks on any child, it has to be reported to the state.’ So that was their rebuttal.”

But it cannot be.

And yet, Tammy and her husband must appear before CPS and the sheriff again in three weeks. Until then, their case is open.

The one silver lining, says Tammy, is this: After she posted her wail on Facebook, “AÂ lot of other moms have opened up about their stories. One mom said that she got called into CPS because she missed [her child’s] checkup. Another mom shared how one of he children had a similar situation where a birthmark looked like a bruise and she got called in, too. Another woman told me she was involved in a similar situation with CPS. So I’m just happy that I’m spreading the word about this.”

These stories illustrate the fact that we must kill off the notion that overreacting to nearly non-existent threats is prudent. Clearly, the daycare provider had been trained, just like the TSA, to treat anything the least bit suspicious as incredibly, overwhelmingly suspicious. Overkill is the government MO. It shouldn’t be.

Then, too, the whole idea that people working with kids could lose their jobs if they DON’T report what turns out to be a problem means they have every incentive (other than customer relations) to err on the side of hysteria. No one loses her job for a false negative.

As one parent wrote in support of the day care provider on the provider’s page, “I would rather see 1 million reports that end up not being an issue than see even one go unreported and lead to serious injury or the death of a child.”

We have to stop framing the issue like that. If the system is reporting 1 million unfounded cases, that is a million families distraught. This is not something we have to just shrug off in the name of child safety. We cannot allow hysteria to trigger government involvement.

And finally: That sheriff needs to go. If he has so little to do that he is hallucinating handprints, he needs a furlough. Starting now. Â – L. 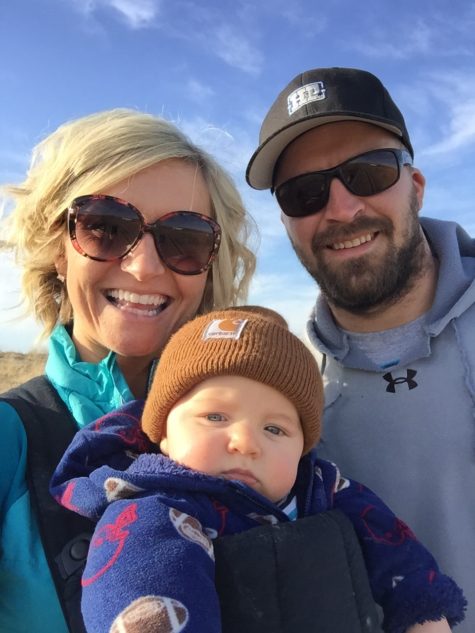