Dear Free-Range Kids:
.
I live in a neighborhood that is very much a throw-back to the 1970’s, complete with a lot of split level houses and a pool that has a real diving board and a ten-foot diving well.  If kids can swim the length of the pool and have parental permission, at age 8 they can attend without a parent.
.
Wonderful!
.
But somebody always has to spoil it for everyone else, right?
.
Toward the beginning of the summer, a neighbor approached me to tell me she and another mom and her ex-husband wanted us to be part of a group text where we keep tabs on each others’ teen boys.  Mine is 16; the other two are 14.  I told her that I wasn’t going to do that because I have 4 kids of my own and trust them all, and I was not going to get involved in gossiping about others’ kids.
.
This didn’t stop her from reporting that my child and hers had eaten a lot of cereal at her house, so they must have been stoned.  The kids talked to my son’s friends from middle school on the tennis courts so they must have been buying drugs.  She isn’t going to pay my son his dog-sitting money in cash, in case he buys drugs.  Our boys and another were giggling and eating potato chips at the pool – suspicious.
.
Fast forward a month and another kids’ dad, who is also in the spy ring, told us he found a text message among 4 boys regarding their drug use.  Well, our kid, who was innocent until proven guilty, fessed up.  We are dealing with that.  My husband and I are furious with him, but not as furious as we are with the super-secret spy ring of parents with whom we are dealing.  The dad who tattled on the boys then got mad at us because he did not want his son to know he had ratted them out!
.
This “it takes a village” thing is out of hand.  What it really takes are involved parents who are not so scared of disciplining their own kids that they resort to subterfuge.  It takes talking to one’s own kids. It takes trusting them until they give you a reason not to trust them.
.
Yes, I want my child to do the right thing, but from internal motivation, not because he is being monitored by nosy neighbors!
.
Am I the only one who won’t spy and report and think the worst before I have any reason to?
.
Frustrated in North Carolina

Dear Frustrated — This is such an interesting note because on the one hand, the neighbors were completely distrustful of their kids and yours, and it seems as if they went so far as to read the kids’ private texts, something I find abhorrent. Just because technology makes spying doable doesn’t  makes it right.
.
But of course, the kicker is that the nosy neighbors were right: The kids WERE doing some drugs, though we have no idea if this was a bit of dabbling (which I kind of think of as pretty normal, even though I never did it myself), or deeper. And I wonder if the “tattling” and its fallout provided your son with a reason to stop and re-consider his choices, or a reason to hate the world of prying, distrustful adults.
.
Or both.
.
So I am pro-community — I like the idea of a village — but against spying, because that does not create a village. It creates East Germany.
.
Yes, look out for each other. No, do not assume the worst. And do not look at private correspondence.
.
Wimpy though this may sound, I am actually not averse to a bit of naivete on the part of parents. I really don’t want to know everything my kids are doing, even the slightly prickly stuff. – L 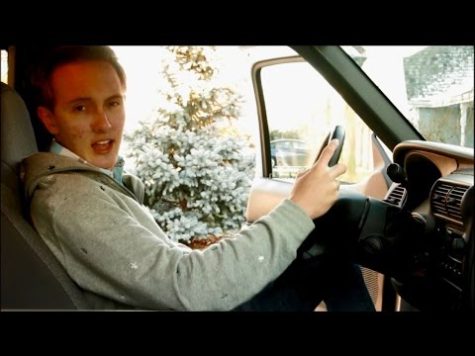 Of Pokemon and Predators
How to Become a Pokemon-Go Fearmonger

74 Responses to My Neighbors Spied on My Teen! (And Found Out Something Bad)