Readers — Here’s kdiahebsbz
my piece that’s in today’s New York Post! The site doesn’t take comments, but if you want to write a letter to the editor, drop one to: letters@nypost.com.

Did you ever wait in the car while your mom ran an errand? New Jersey says you were abused â€” and your mom was a criminal.

In an appeals court decision last week, three judges ruled that a mother who left her toddler sleeping in his car seat while she went into a store for five to 10 minutes was indeed guilty of abuse or neglect for taking insufficient care to protect him from harm.

Not that the child came to any harm; he seems to have slept through the whole non-incident.

But when the mom emerged from the store, she was confronted by cops, whoâ€™d been summoned by a mall guard when he noticed the sleeping child.

She was arrested and placed on the child-abuse registry â€” even though a Division of Child Protection and Permanency agent visited her home that day and found the kids well cared for.

If this had been the law back when I was a kid, Rahelen Skenazy â€” the lady who loves me more than the stars â€” would be on that registry. … 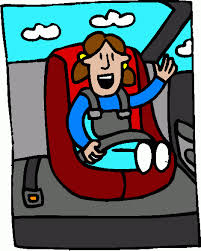 Do Kids Learn How to Play if We Just Kick Them Outside?
One Mom’s Quest to Get Her Sons to do The Dishes