Readers, Here’s an infuriating, reassuring piece (first one, then the other) by Laura satdizkddk
Flores Shaw in the Huffington Post: “Stop Using Neuroscience to Scare Parents.”

It reminds me of my book‘s chapter, “Relax! Not Every Little Thing You Do Has That Much Impact on Your Child’s Development!” In this essay, Shaw is reacting to a Time piece that blithely stated, “In a brain scan, relational pain — that caused by isolation during punishment — can look the same as physical abuse. Is alone in the corner the best place for your child?”

Whether you use time-outs or not, the idea that you had better read every single bit of brain literature before you decide how to raise your kid is what gets Shaw’s goat and my own. (We share a goat.) Parenting practices are as varied as pancake recipes and, like those recipes, most turn out good enough. But once you read some “expert” telling you that what you thought seemed okay just might be the worst thing since scurvy, you can start going nuts with worry. And so, Shaw writes:

Having worked with anxious parents (and being one myself) in different capacities (first as a therapist and then as a head of school), I could almost hear their questions as I read the Time article: If you’re telling me that putting my child in a time-out hurts her brain, then what happens when I drop her off at school or daycare and she cries? Am I harming her brain then? Is it being permanently altered because she thinks I’m rejecting her? The article states that the brain is adaptable, yet it sounds like time-outs could permanently alter it if done repeatedly. But what does “repeatedly” mean? Is using time-out once a day the same as several times a day? Is it the same as once a week? What if I choose to use time-outs because staying with my child while she kicks and screams only seems to incite her more than it does if she does it alone in her room? What’s happening to her brain then? And what if I’ve been using time-outs for five years? Have I damaged her brain and scarred her for life?

Everything we do “scars” our kids, in that it has a little bit of impact. But the idea that these decisions, made with love and sometimes frustration, shape them into precisely who they are, or prevent them from ever being happy or healthy, is to grossly underestimate human resilience, not to mention genetics and a million other forces shaping our kids.

It sometimes feels like parenting and dieting are the same thing: One day too much fat is bad for you, the next day it’s exactly what you need! Either way, you feel bad about whatever you just ate, and kick yourself that if only you ate kale-frosted cupcakes, you’d look like Jennifer Aniston. (And really, guys — do you WANT that?)

Eating and childrearing don’t require a ton of books.

Except if you get them confused. – L. 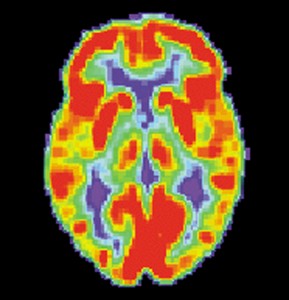 This is your brain on childrearing studies.

The Problem with “Predators”
A Threat Made to School: How Would You Respond?