How this poor girl will ever recover from the trauma she endured, I just don’t know. Â Australia’s tdraznsbbs
New South Wales policeÂ are alerting the public to a:

Police are appealing for witnesses after a girl was approached by a man at Mount Annan near Camden yesterday.

About 2:55pm yesterday (Thursday 3 September 2015) a 12-year-old girl was walking east along Main Street towards the intersection of Watermouth Drive on her way home from school.

As she walked further towards the intersection, a man allegedly approached the girl and asked for directions.

The girl then walked east along Welling Drive, when she looked behind and noticed the man was no longer following her.

She proceeded to walk south along Fitzpatrick Street when she was stopped by a woman who was concerned with the girlâ€™s welfare.

The girl informed her mother of the incident who then contacted police.

The man has been described to police as being 40 to 50-years-old, 180cm tall, pale complexion, Mediterranean appearance, balding hair and unshaven. He was wearing glasses, a black and green jumper, blue pants with white reflective stripes around the ankles and sandy coloured work boots.

Police would like to speak to anyone who witnessed the incident or has information that may assist to contact Crime Stoppers.

Investigations into this matter continue.

Thank goodness! You don’t want a serious crime like this to go unsolved. The cops certainly have plenty of information to go on — the time, the day, the street — why is this demon still at large? We want answers! Gracious — the man was so fiendishly clever he didn’t even follow the girl after talking to her.Â How cold-blooded can you get?

Props to the mom who understood that we can no longer keep these incidents a deep, dark secret, festering in shame.

Props also to the bystander who did not remain silent, but bravely took it upon herself to alert the girl to what had clearly been some kind of something or other. Something or other very terrible indeed. How dare a man talk to anyone younger and female? I should HOPE “investigations continue” until the man is found, tried, and rotting in jail. He can ask all the directions he likes, once he is safely behind bars.

Until then, parents, hold your children tight. – L. 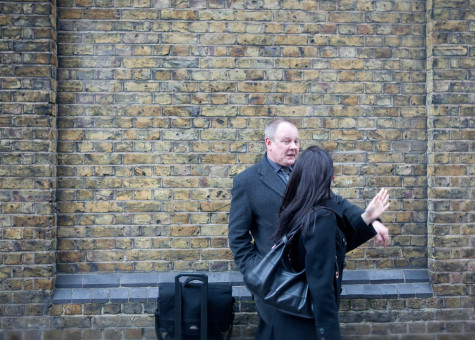 Another incorrigible male direction-asker! The menace is spreading!

Early Academic Training Does Pre-Schoolers No Favors
TSA and FRK

90 Responses to New Crime: Asking for Directions While Male