Readers aritzekhez
— It’s weird enough when we are warned that our bumper stickers are busy attracting predators. Now there is a new line of school bus that videos the cars behind it, on the bizarre assumption that these may be driven by predators so unsure of where else to find a child that they are following the big, yellow kiddie dispenser. And that’s not to mention the thumbprint recognition and tracking of the students, as if THEY were predators:

A brief glance won’t tell you the new buses are equipped with voice-over-IP communication systems, or that they transmit data on speed, location and acceleration in real-time. The “Thumbs-Up!” thumbprint scanner, which keeps track of which kids are on the bus and whether they’re supposed to be there, is also hard to see unless you’re really pressing your face to the glass, as are the multiple interior security cameras.

Slightly easier to notice is the rear-facing camera, dubbed — no joke — the “Pedophile Finder.” “I wish we could have come up with a better name for it,” says Dallas County Schools spokeswoman Allison Allison. (Yes, that’s the correct name.) The camera, mounted on the top portion of the school bus and positioned to capture the license plate of tailing vehicles, isn’t just to catch pedophiles. It could be a parent who lost custody of their child, or a kidnapper. But “Pedophile Finder” was the name that stuck. “The bus driver can’t tell if somebody’s tailing him but if they recognize a pattern of a car following a bus” based on video, they can take appropriate measures.

I’m really curious what those “appropriate measures” are. Slam on the brakes and wait for the crash? Alert the police, “There’s  a car behind me!”  Get out of the bus and demand to see if the driver is wearing pants? Please, PLEASE protest if your school district even CONSIDERS these add-ons as “necessary for the safety of our children.” – L. 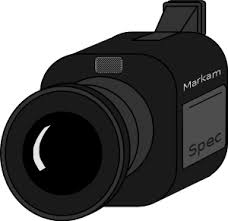 To catch a bus-tailgating predator.