Recent advances in motion controller technology as exhibited by Sony’s PlayStation Move and Microsoft’s Project Natal reveal a future where newer generations of gamers could play things like sports or in places like “outside.” 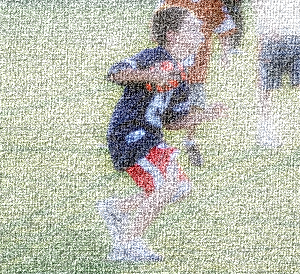 “These technologies show that we’re not far off from more active children,” said futurologist Ben Carlson. “The evolution has been rapid. First controllers vibrated, then the Wiimote simulated bowling, and now Project Natal has us jumping around the living room. At this pace kids could be playing outside by 2015.”

Game companies have remained quiet about any future technologies that might have kids playing outside, but one Sony engineer did hint that “things were happening.” And from Microsoft, the company behind motion capture controller Project Natal, images have been circulating the Internet showing a teenager throwing a football though its authenticity has not been verified…

Help! How Can Mom Explain She is Raising Independent (Not Neglected) Kids?
Why Is This Radical? A Town Debates LETTING Kids Ride Their Bikes to School