June 16, 2015
.
A tiraateink
dismaying letter followed by an infuriating news item. Aren’t you glad you got up today?

Dear Free-Range Kids:
.
My girlfriend and I were strolling through the Western North Carolina Nature Center. There’s a lovely climbing structure for the kids that is supposed to resemble a spider’s web. Though there is the usual soft material underneath, it would actually be difficult to fall off.
.
The thing that caught my attention was what we heard from the mothers in the short time it took us to walk  past. One called out, “Be careful! You’ll fall!” The second, “Remember that Allie is right underneath you, so be sure not to step on her.” The third was telling her son how to climb down — instructing him exactly where to put which foot and hand in sequence, like a bizarre game of kiddie Twister. (Photo below)

Keep up the good work.

What really appalls me about that story is not the parents worrying about falls. It’s the parents telling the kids HOW TO CLIMB. As if EVERYTHING has to be TAUGHT to a child. Maybe the mom would like to enroll her child in a night school class: Foot Placement 101.

Which brings me to today’s news item. According to this piece in The Daily Mail:

Parents have blasted a primary school after its head teacher has banned children from doing cartwheels and handstands at break times over safety fears.

Pupils at Old Priory Junior Academy in Plympton, Devon, were told they couldn’t perform ‘gymnastic movements’ in the playground after a number of children had been left with injuries.

Emma Hermon-Wright, the school’s interim head, said she has introduced the break-time ban because the children were attempting moves which are ‘beyond their capability’.

“[At break times] we’ve got a lot of children in one go and you can’t be supporting every child for a backward roll, forward roll, cartwheel, handstand or whatever they’re doing at play time.”

How insulting we are to kids. Somehow we not only believe they are as fragile as glass figurines, but also that they require the kind of one-on-one instruction we give to dogs when we teach them to shake hands — heaps of help given to someone who otherwise could never figure this stuff out on their own. Grrrrrrrr. – L 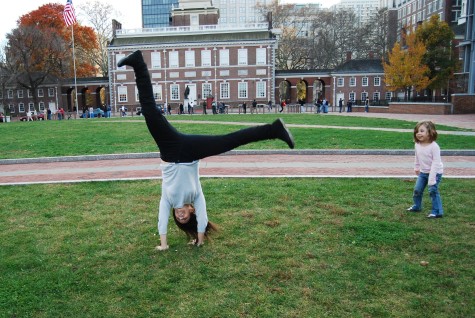 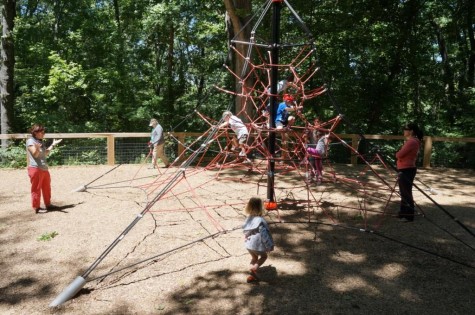 “Oliver! To step down, put one foot lower than the other and have your body follow.” (Photo by Bob Woolley)

Why Do I Keep Scaring People With Stories of Good Parents Hounded by the Authorities?
A Truck Drove by The Bus Stop!

113 Responses to No Child Left Un-assisted: A Day at the Playground