Readers — This morning we launch a sweeping movement to embolden parents across the country to say, “Enough!” when it comes to adding excessive and expensive Â layers of security (often faehisedfr
just security theater) at their children’s schools.

Across the country, schools are locking doors that weren’t locked before, even though, at Sandy Hook, the door WAS locked. They are hiring guards, even though, at Sandy Hook, the gunman blasted anyone who got in his way. They are implementing voodoo-esque defenses, like making parents call 24 hours in advance of a visit to the school, or forcing parents to forfeit their car keys upon entering the school, or even just making everyone start signing in — as if a madman bent on mass murder would reconsider if he had to sign a piece of paper. “Oh, do I have a photo I.D. with me?…I guess, uh…never mind.”

Take a look at this article about the extraordinary security measures being taken at a cost of $175,000 at three schools serving 1,100 students in Skokie, IL (a suburb next to where I grew up):

Security measures at Middleton Elementary School start the moment you set foot on campus, with a camera-equipped doorbell. When you ring the doorbell, school employees inside are immediately able to see you, both through a window and on a security camera.

â€œThey can assess your demeanor,â€ Kate Donegan, the superintendent of Skokie School District 73 Â½, said in an interview with ABC News.

Once the employees let you through the first set of doors, you are only able to go as far as a vestibule. There you hand over your ID so the school can run a quick background check using a visitor management system devised by Raptor Technologies. According to the companyâ€™s CEO, Jim Vesterman… In the wake of the Newtown shooting, Vesterman told ABC News his company has been â€œfloodedâ€ with calls to put in place the new system.

Flooded, even though nothing has changed since Sandy Hook except our level of fear. As NPR reported earlier last year:

Research by Cornell and others shows that school-age and college-age kids are not only safer but far more secure on school campuses than anywhere else.

Of course, the tragedy in Newtown shocks and dismays us. But it shouldn’t make us fundamentally change our schools, because nothing else has fundamentally changed — except our fear level. Â One mom wrote to me yesterday that her children’s school had scrapped its “Go inside a classroom if you hear gunfire” policy and was now telling students to run outside, or crawl into the drop-down ceiling (how???), or, if they are in the parking lot, to drive away (but not to any particular place) — in effect, endorsing panic. And aÂ few posts below this one, a mom was protesting the $2.4 MILLION her school district is considering spending on school guards.

If you feel your school is over-reacting to Sandy Hook and you’d like to take action, here is a prototype letter for you to use, if you’d like. It was written by my friend Nancy McDermott, a frequent contributor to Spiked OnlineÂ (and Â mentor to me), who lives in Geneva, N.Y. – L.

The desire to increase school security after Newtown is understandable, but short-sighted. As terrible as this event was, it is precisely because it was so shocking and emotional that we be should be especially careful of rushing though extreme security policies that we will have to live with for a very long time.

But our schools already do [insert descriptions here].

Before we move to turn our schools into fortresses, we should bear in mind that they are already very safe. According to the Department of Educationâ€™s figures, rates of violent crimes in school are low, with only 14 incidents per 1000 in 2010, compared to 53 per 1000 back in 1992. Incidents like the one in Newtown are so incredibly rare, itâ€™s difficult to find an adequate comparison. But one criminologist, Gary Kleck estimates that our children are more likely to be hit by lightning than shot in school. In other words, it would be hard to make our children safer than they already are.

Of course, we could transform our schools into maximum-security facilities with guards, alarms and biometric fingerprint scanners — but does anyone really believe these would derail a deranged gunman?

More importantly, this security comes at a terrible price. Schools are where we pass on our collective wisdom and values.Â By treating parents and other members of the community as suspects, we are effectively saying that safety matters more than everything else.

But safety is not the only value. We should not forget about trust. It may not seem as urgent as thwarting the threat of a theoretical gunman, but when we lose trust we lose the whole basis for community.Â Excessive security institutionalizes suspicion.

Our children are looking to us to show them the way. Letâ€™s not allow them to believe that the people of [town] are afraid of their own shadows. Let’s show them that we are not the types to let a rare act of violenceÂ change ourÂ way of life or our belief in people. Let us be a sensible, smart, compassionate community, not one that rushes to Â implement new procedures just for the sake of “doing something.” The best “something” to do is to resist the urge to overreact. 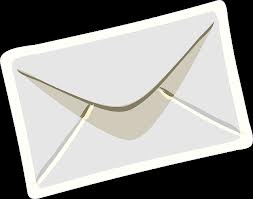 A Free-Range Kid Falls Through Thin Ice: The Lesson?
Bullet-Proof Whiteboards for Schools. What Next?

41 Responses to OUR SCHOOLS ARE SAFE ENOUGH: A Movement to Stop Overreacting to Sandy Hook