Dear Free-Range Kids: Last night/this morning our 8yr old son woke us up at 3:30AM telling us that the people from Walmart wanted to speak with us.
.
He walked 3 miles in the middle of the night to Walmart in order to buy some roses for his mother. My wife and I were shocked to say the least. All manner of “what if’s” ran through our minds (car accident, child molesters, police taking our children away, etc.) as every emotion covered us as well.
.
This morning at work I typed in “8yr old walks 3 miles to Walmart” and your website popped up.
.
He didn’t tell us he was going ( he wanted it to be a surprise).  We are very into “old school” things. I’ve taught my sons (we have 6 children; 4 boys) to act like men, responsibility, maturity, etc.
.
I’d love any feedback, ideas, how to proceed from here.
.
We don’t want to reward his behavior, but nether do we want to turn him into a timid boy who is afraid of everything.
.
Thank you for your time. — Sleepy Dad in San Antonio
.

Dear Sleepy (I replied): I think you CAN reward it — his desire for independence, his bravery, and also his wishing to give a wonderful surprise gift. But you can add that in the future he can’t go out after X or Y time without telling you first, for YOUR sake. He sounds like a thoughtful and caring kid, he’ll understand that his actions could get YOU in trouble. Any idea why he chose 3:30 a.m.? Anyway, I think he sounds like a fantastic kid! – L

Dear Lenore (Sleepy Dad wrote back) I see your point, and this whole concept is brand new to me.
.
I grew up with a lot of the freedom that you speak about on your site, and I remember riding my bike far and then coming back home at “dark”. I do believe that things are more dangerous now, but you’ve challenged these beliefs. I’m kind of in a Matrix kind of position, if that makes sense.
.
I saw that you wrote a book, perhaps reading it would give me more understanding to where you’re coming from.
.
Anyway, as to  why 3:30AM: He wanted it to be a surprise, and so after everyone is asleep was the best time. – Dad
.

Sleepy: I am even MORE impressed by your son’s planning and nerve. He sounds so cool! And kudos to the Walmart crew for calling YOU and not CPS! I will run this on my site to see if the readers have other insight to add. (They usually do.)  – L.
. 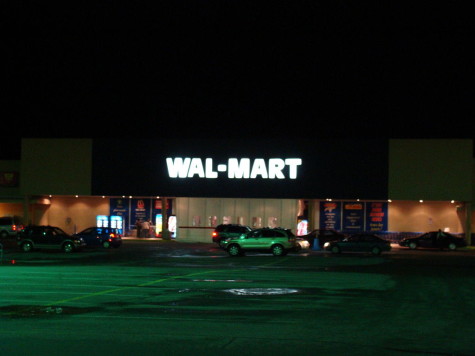 Do You Need To Check Your Child’s Temperature Every Single Second of Every Single Day?
Great Piece: “If I’m Arrested Today” (For Being a Rational Parent in a Hysterical World)