A mom who let her 8-month-old twins wait in the car with the windows down, within her view, for 10 minutes, finds herself released on a $25,000 bond and electronic home monitoring. Â As aeneiifhsr
Patch reports:

ALSIP, Ill. — An Alsip woman was arrested after she left her infant twins alone in a car while she went to register her older child for school, prosecutors said.

The prosecutor said that around 8:50 a.m. Monday, Alsip police were called to Prairie Junior High School, 11910 S. Kostner Ave., for a report of two babies left alone in a car. One of the babies was crying.

Crying! Well if that isn’t enough to prove a child is in mortal danger, what is?

According to Alsip police, a citizen heard a baby crying and when she went to investigate, she saw the two babies in the back seat of a Ford Taurus.

The babies,Â 8-month-old twins, had been left alone in the car for about 10Â minutes, the prosecutor said.

As the assistant public defender pointed out, the car was within Laveille’s sight “at all times.”Â So the mom was being responsible, signing one kid up for school andÂ keeping an eye on the other two, but she is under arrest.

Can we please call this a war on moms? Even though it is demonstrably safe to leave your kids, even babies, in the car with the windows down for 10 minutesâ€”try it! you will see!â€”society has elevated this normal parenting practice to a crime against humanity.

The idea that she should have gotten both kids out of their carseats and into a double stroller to schlep into the short errand within view is basically saying: The fact that your kids were literally and statistically safe doesn’t matter.

It reminds me of the way the TSA makes 90-year-old grannies take off their shoes. The whole idea is to demonstrate excess, no-stone-unturned security, not to actually makeÂ anyone safer.

“I don’t know how in your right mind you could leave two infants in a car, not saying that you’re guilty,” Felice said.

Maybe because she knows the facts?Â More children die in parking lotsÂ than waiting in cars.Â OfÂ the 30-40 kids who die in parked cars every year, which is indeed tragic, 80 percent were either forgotten there for hours, or got into the car on their own and weren’t found till too late. The number of children who dieÂ during a 10 minute errand is zero, as far as I can tell. And yet:

Felice released LaVeille on a $25,000 I-bond and electronic home monitoring.

Sarah is in Cook County, Illinois, so here’s a description of home monitoring from the Chicago Tribune:

Defendants on electronic monitoring in Cook County must wear an ankle or wrist bracelet, which operates on radio frequency and sends signals to a cellular receiver plugged into an electrical outlet in the home. If a defendant attempts to cut the bracelet or steps out of the home, an alert is sent to a third party vendor, who then notifies the sheriff’s office.

“I’m releasing you on your own recognizance,” the judge said. “You better not be doing anything foolish with these kids.”

Foolish, like making sure they’re safe in car seats, bringing them along as she goes about her day, making sure they are within her sight and not overheated? Foolish like that?

Alsip’s slogan is “A great place to live.”

Not if you’re a mom. 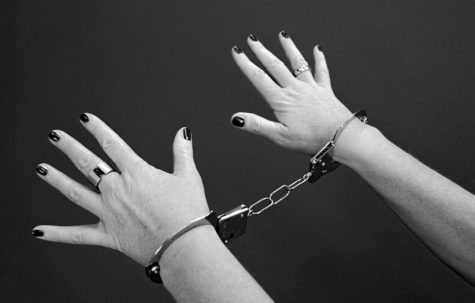 You were not physically next to your kids every second of your day, little lady? Well, we have ways of dealing with folks like you.

You Can’t Be Nostalgic About Your Free-Range Childhood AND Demand Constant Supervision of Today’s Kids
“Am I Cute?” Asks Kid Annoyed that Her Parents Are Cleaning Up Instead of Playing with Her

40 Responses to OUTRAGE OF THE WEEK: Mom on Electronic Monitor, $25,000 Bail, For Letting Kids Wait 10 Mins in Car Within View, Windows Down