This pseudo-helpful hekszfrins
video, posted Saturday, isÂ viral in every sense of the word. It already has nearly a million views, Â which means that people are sharing it like crazy, convinced that its creator, Joey Salads, is doing something other than creating terror, angst and hate with his Stranger Danger “social experiment.”

As you’ll see, Mr. Salads asks parents if they’ve taught their kids not to talk to strangers — a lesson I don’t endorse, since most strangers are good and you want kids to feel confident asking strangers for help, if they need it. “You can TALK to anyone, you cannot go OFF with anyone,” is the advice I prefer. Anyway, here’s the piece:

Mr. Salads proceeds to startle the parents by showing them that their kids DO talk to strangers. He does this by going up to very young kids (kids so young they would normally not be at the park unsupervised) and asking them if they want to meet his puppies. Some go off with him.

Not addressed are a few salient facts, including the biggie: Isn’t it more than likely that these kids feel fine going off with this man because they just saw him talking to their mom? What’s more, their mom is right there! If she didn’t want them going off, she’d intervene.

After this bizarre scenario that he calls an experiment — without ever telling us how many kids he approached who did not go off with him — he says 700 kids are abducted a day, presumably by the type of person he’s warning us about: a “stranger.”

Which is interesting, as the U.S. Dept. of Justice puts the number of children abducted by strangers at 115 a year.

If 700 kids actually were taken by strangers on a daily basis, that would be closing in on 1% of all kids under age 9. So if you sent your kid to a grammar school with 500 kids, by fifth grade your child would have witnessed 25 kids — a classroom full — kidnapped the way they are on “Law & Order.”

But the story of how easily a child can be lead to his doom is one that TV can’t get enough of. Â Here is almost the exact same “experiment,” on Headline News. As I said then:

A show that â€œtestsâ€ whether kids can be lured to a car with the promise of a puppy â€” the premise of this show â€” makes it seem as if this is a situation kids could very likely be faced with, something on par with, â€œWould your kids eat a cookie if someone offered it?â€ What is so hard to understand is that, first of all, the vast majority of crimes against children are committed NOT be strangers they meet at the park , but by people they know. So it is bizarre to keep acting as if the park is teaming with danger.

But this scary, misleading Â messageÂ just seems to be one that everyone loves to share, as if it’s a public service.

As if parents just aren’t worried enough yet.

As if kids have just way too much unsupervised time outside.

Thanks, Mr. Salads. You have emptied the parks, locked children inside, and frozen parents’ hearts, with a big lie. 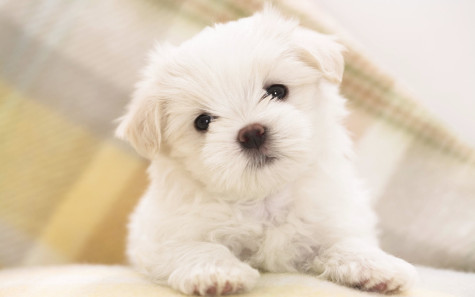 Allow me to create a nightmare scenario that will haunt your days. (And then I’ll lick you.)

Please Photograph Your Local Playground
Lenore and Peter Gray Together on “Take Our Kids to the Park…” Day!

244 Responses to UPDATE: “Over 700 Children are Abducted a Day” Says Viral Video