November 9, 2015
.
Parents sifkntyynt
who let their boys, aged 7 and 9, Â play on their own for an hour at a family beach will be arraigned later this month on charges of reckless endangerment of a child.
Â .
Charles Smith and Lindsay Pembleton of Niagara Falls were vacationing with their kids on Cape Cod. The boys had wanted to stay at the beach for a little longer on the afternoon of Aug. 23, rather than walking back to the nearby campground (which is, according to one commenter, accessible via a car-free path). TheÂ parents said okay, butÂ told them they couldn’t go in the water,Â according to by Mary Ann Bragg at capecodonline.com.
Â .
But when the kids were spotted by two lifeguards, it had started to rain and their shirts became wet — clearly a criminal offense. What’s more, the boys were “standing around a food truck with no adults in charge.”
Â .
No adults in charge of two kids standing around a food truck? Call the cops!
.
Well the cops were indeed called and the one who wrote up the case, Truro police Sgt. Carrie DeAngelo, sternly reported:

â€œAlthough Head of the Meadow is a family beach with lifeguards, the Truro police have been called there for numerous calls related to dog bites, shark sightings, lewd conduct and people taking pictures of children….”

Those couldn’t possibly be parents taking pictures of their own children, could they? And shark sightings hurt kids exactly…how?
Â .
Never mind.Â Always throw in sharks.Â And dogs! And predators! Wait…did the cop forget predators?

“Through my training and experience as a sexual assault investigator young boys at the ages of 7 and 9 are prime candidates for sexual predators.”

“This being a tourist community with a small year-round population, most people who frequent the beach are transients and unknown.â€

In other words: Most people at the beach are on vacation.
Â .
So because boys are “candidates for sexual predators” (though not usually two kids together, on a popular beach) (oh — and also thoughÂ over 90% of sex crimes against kids are committed by people they KNOW, not guys walking by, in public), the cop decided to file reports of suspected abuse or neglect in both Massachusetts and New York. And for good measure, she also “applied for criminal complaints against them in Orleans District Court.”
Â .
Apparently in America, it is a crime to ever let your kids do anything without you right there next to them. After all, they could end up standing around a food truck! Or getting rained on. Or not growing up to be a terrified, needy, desperate, depressed wuss who thinks everyone and everything is out to get them, and ends up at college demanding a trigger warning on “The Old Man and the Sea,” because fish are scary and so are men.
Â .
Can’t have that.
Â .
So congratulations, Sgt. DeAngelo. You clearly care more about those boys than their own mom and dad. We shall see if the court agrees. – L. 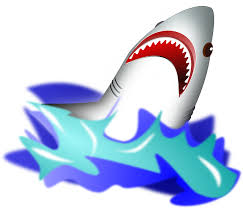 As long as there are sharks in the world, no child is ever safe, anywhere, even near a food truck.

78 Responses to Parents Arrested for Letting Kids, 7 and 9, Play (Not Swim) on Beach for an Hour