Readers — Here is an actual letter from a school superintendent, sent in by a reader after she and her husband had asked why their kindergartener was getting Â only getting one 20-minute recess per day. Writes the mom:

I was told it was because of curriculum at first. Â That seemed odd because we went from 1/2 to full day in this district recently. Â Anyway, the 2nd time I asked it was because not every one brings a jacket. Â My response was that I would go to Salvation Army and pick up extra jackets. And then we got this letter:

The instructional day is designed to be developmentally appropriate at each grade level. “Recess” provides a break from instructional activities, but it’s lack of structure is not always most developmentally appropriate for our youngest students. There are a variety of ways to provide variety and student directed activity during the classroom day, including center based learning time, “choice” time, and structured social time with the teacher.Â  In addition, the need for movement and gross motor development is met through twice weekly scheduled P.E. classes, as well as weekly music and Spanish classes that include rhythm and movement activities.Â

Lenore here again: Okay, now here’s an excerpt from an essay by Last Child in the Woods’ author Richard LouvÂ that ran on the Children and Nature NetworkÂ blog. Louv says kids who spend time beyond the screen end up developing keener senses, which is something even employers appreciate. For instance:

The U.S. military has studied how some soldiers seem to be able to use their latent senses to detect roadside bombs and other hazards. The 18-month study of 800 military personnel found that the best bomb spotters were rural peopleâ€”those whoâ€™d grown up in the woods hunting turkey or deerâ€”as well as those from tough urban neighborhoods, where itâ€™s equally important to be alert.

â€œThey just seemed to pick up things much better,â€ reported Army Sergeant Major Todd Burnett, who worked on the study for the Pentagonâ€™s Joint Improvised Explosive Device Defeat Organization. â€œThey know how to look at the entire environment.â€ …

Today, students (and the rest of us) who work and learn in a dominating digital environment expend enormous energyÂ toÂ block outÂ many of these senses, in order to focus narrowly on the screen…. Thatâ€™s the very definition of being less alive. Who among us wants to be less alive?Â What parent wants their child to be?…

A central goal of modern education should be to…nurture the hybrid mind â€” to stimulate both ways of knowing in the world: digital and direct experience.

Lenore here again: Agreed! So, recess? It’s necessary. Unstructured time? Ditto. Taking these away to make kids “more prepared” actually makes them less so. So if your school is cutting back on recess, please refer them to this Louv piece as a way to start re-thinking what kids really need to succeed. – L.Â 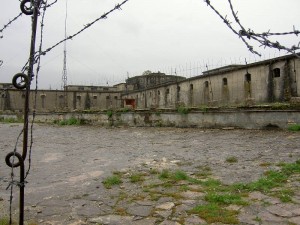