Whenever I got an email from Alisha in Arizona, I knew I was in for an outrage — and often a laugh. Most recently she wrote the post, “I dndterybsh
Must Get Out of the Car to Pick Up My 8-year-old and I am Disabled.” Though her child was perfectly capable of walking out to the car, the teacher insisted Alisha come fetch her, despite the fact that for Alisha this was a physical ordeal.

It was also the same feisty, fed-up, Free-Range Alisha who sent us “What Happens When You Set Off the TSA Groin Alarm” — which the metal in her body did.

And Alisha found this story, too, about two high school girls who were approached by a young man who said he was from the local community college and wanted to interview them. A city council member, hearing of this, announced that, “ItÂ might be a broader issue, though also, some guy putting the young girls in jeopardy as to being trafficked.â€

“In one fell swoop we go from someone asking to interview a teenage girl for a college project to human trafficking! Iâ€™m not saying that the guy wasnâ€™t a creep but really whatâ€™s more likely, a college age guy doing some social study who awkwardly tries to interview a couple pretty girls or some sicko trying to grab a girl and sell her into sexual slavery?”

I am going to miss that deep sense of justice and irony, because her mom just emailed me to say that Alisha died a few days ago, at 37, from complications of her issues.

One complication that has me going crazy is that, for her pain, Alisha was on some heavy medication. But our prescription drug laws are now so weighted to prevent abuse that often they hurt the people who really need relief from bodily torment.

Case in point: Alisha couldn’t always get her meds on time. I’m unclear on the details, but it seems that she would need to get a new prescription each month. Then, when she (with difficulty) took it to the pharmacy, it sometimes took them another two days to fill it.Â So, in the end, thanks to an inability to get her medicine ahead of time, Alisha went through several days of withdrawal, which most likely contributed to the seizure which seems to have felled her.

I understand America has an opioid problem. But once again, it seems that worst-first thinking — treating ALL people as if they are drug abusers — seems to have led to a tragedy. There’s got to be a way to prevent the abuse of drugs without torturing the people in chronic pain.

Rest in Peace, Alisha. I never met you, but I will miss you. – L 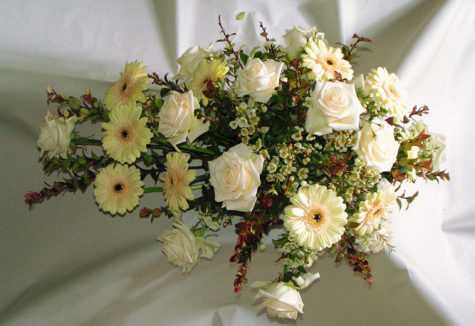 What Age Can My Child Walk to School Alone? Look at this Poster from Oregon!
My Neighbor Called CPS When Our Daughter was in Our Backyard. I Want to Fight Back.