The tale below comes to us from Alisha, a former paramedic who says she is “very safety conscious but sick of trying to raise a child in a 100% risk-free environment! Its not even possible.” I was actually talking about the TSA just this morning with a journalist who was asking when and how do we decide to expose our kids to “risk.”

“Risk,” however, is a strange word. Everything contains a modicum of risk, including walking downstairs to breakfast. But once we focus on any risk, however slight, it starts to loom larger. And when we decide that we must re-organize our lives around avoiding even incredibly remote risks, we get to the point where, for instance, we are driving kids one block to school.

Dear yszhfradss
Free-Range kids: Hi! I wanted to share my experience at the Omaha airport on the 4th of July.

As you may remember, I have to use a wheelchair sometimes, especially places like the airport. I also have metal pins and rods in my femurs and left ankle. I have a special card from my doctor showing I have medal implants in my body. It was me, my mom and my 8-year-old daughter.

Of course they chose me to do extra screening. After going thru the full body scanner, which I don’t feel comfortable doing anyways, I was told I had set off a “groin alarm.” Never knew my groin could set off an alarm but it makes sense, since I have nails in my hips. I had already told the screener that. She insisted on patting me down anyways.

Now, I’m not sure why they think touching someone with the back of their hand is any less invasive, but they make a point of telling you they are only using the back of their hands. She proceeded to touch every part of my body paying special attention to my crotch. For that she didn’t use the back of her hand but instead really groped me. It was in no way a quick brush of the hand but more like something that might have been appropriate if we had been dating for quite a while!

She pulled my shirt up out of my pants until it was at bra level and then ran her hand under the waistband of my pants, under my underwear even! All of this took place right in the screening line so everyone could see everything….

If you don’t agree to be groped, I mean “patted down,” then your other option is to go into a screening room and strip naked for a visual inspection.

Anyways, after she did her pat-down she changed her gloves, groped my crotch very thoroughly and then tested her hands for explosive residue! It was crazy! They also searched my purse and carry-on. I had a small yogurt and an ice pack that concerned them. I asked if I could eat the yogurt and was told only if I left the secure area to do it, and then I would have to go through the full screening again. Needless to say, the yogurt got tossed.

They decided I could keep the ice pack since it was mostly still frozen, but I was told that if it had melted any more, I would have it taken. So frozen ice pack gel= safe, thawed ice pack gel = dangerous!

They also went through my medications and were loudly reading off what each med was and what it is for. Â My TENS unit, which is a little black box with multiple wires and blinking lights, wasn’t even looked at. If anything looked dangerous it was that! I also had a large pair of scissors in my bag that was completely ignored. Not for the first time either. Last year I flew to Reno and had a large steak knife I had meant to return to my brother’s house and that wasn’t questioned at all. And its about a 6″ serrated blade!

The other thing I saw in Omaha was after I went thru the scanner they pulled out at least 10 kids under age 3 for advanced screening. I even saw them make the mom of a 2-3 month old take off her diaper so they could test her and the diaper for explosive residue. They also checked her breast milk bottle. Of course all this woke up the sleeping baby. That same intense screening was repeated over and over on little kids and infants.

One couple had twins and they had to take the babies out of the stroller but when dad went thru with both kids in his arms so mom could manage the stroller he was stopped and aggressively told it was one child per adult, so he had to give one to his wife to juggle because she wasn’t allowed to put them back in their stroller. The whole thing was just crazy and I don’t see how any of that actually made us safer! It also drastically slowed the lines down.

So because of one stupid attempt [the underwear bomber], that is grounds to seriously invade thousands of people’s privacy and personal space? It makes no sense. I’m just glad they picked me instead of my daughter because I would not have allowed them to touch her like that. – Alisha

Alisha nailed the problem: Our modern-day conviction that if one thing happened one time, one place, we must be on red alert for it every second, every place, forever more.

Until we accept that “risk” is not the same as “risk-y,” we will continue metaphorically groping our country. (Which, I admit, is not my best analogy ever. Sorry!) Â – L 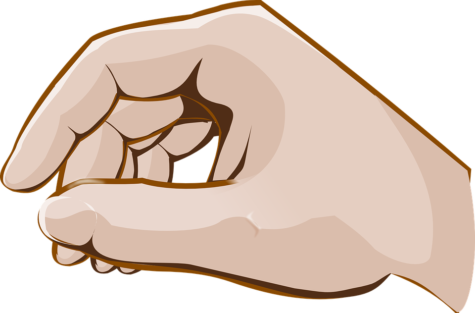 You will need to be groped, Miss. Otherwise there is just too great a chance that you, in your wheelchair, with the pins in your legs, traveling withÂ your mom and 8-year-old daughter, are a terrorist.

Alton Sterling: A Sex Offender Rendered Human Again by His Shocking Death
“These Are Such Terrible Times”