In response to the other day’s post about a btsskkfeyi
mom who let her child wait in the car while she ran an errand — and the guy who video-shamed her, and his Facebook friends who piled on — I got the note below.

This is obviously not about a child. But what worries me is the way society seems intent on finding Â danger to kids OR pets everywhere it looks, and piling on, viciously. This is a mob mentality. The combustible mix of rage and sanctimony gives people license to be cruel.

Hence the new term I’m trying out: The sancti-mob. Mobs convinced that they have God (or Dog?) on their side, refusing to give anyone the benefit of the doubt. Blame is the match to flame.

Dear Free-range Kids: Just got back from vacation, picked up the dog just before the kennel closed. Needed to stop for milk. Air conditioner had been running in car — car was chilly. I cracked windows open but not so much as to let cool air escape. Insane, screaming woman followed me into store calling me a dog killer — mob ensued. Entire errand took under 3 minutes. I’m sure I am on you tube scared to death and telling her off. I did not come off as sane — I was petrified and panicked. Crazy lady that traumatized my child and dog gets off scott-free. My car, license plate, name and video are likely lighting up you tube. What makes people think that it is ok to do this? they are not heroes, they are sanctimonious vigilantes. Clearly, if a dog, child, elderly person — whoever, was in distress then by all means, do something.Â  But if they are fine — mind your own business. Or wait and watch. Your jumping to conclusions and posting your version of the truth only wreaks havoc and unfairly punishes someone who is not
guilty of a crime but could still suffer consequences thanks to the horde mentality that you have stirred up. I’m still shaken up — she has probably moved on to someone else by now.

I’m not the first to notice that the fear of public shaming via social media is like living under the KGB: At any moment, you could be hauled into a tribunal by your neighbor. The tribunal just happens to be online. – L. 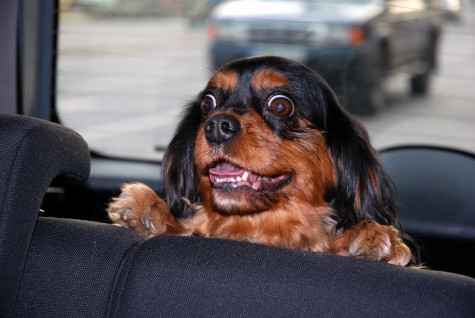