A dfnydnbzra
9-year-old girl starts coughing so hard in school that she can barely breathe. You’re the school officials. Do you:

1 – Take bets on how long till she turns blue

2 – Call your lawyer, just in case she dies

3 – Let her use her inhaler

At Columbia Elementary in West Jordan, UT, officials chose “none of the above.”

They certainly didn’t let the girl use her inhaler, for one simple reason: her name wasn’t on it.

So of course they had to grab it away. I mean, just because SHE brought it in and SHE needed it — thanks to the fact that SHE gets coughing fits — there was really no way to ascertain whether the inhaler was really hers. It could be anyone’s!

And besides, it’s aÂ drug, and all drugs are evil. Â Inhaler. Crack pipe. What’s the diff?Â

According to Fox4KC,Â  the girl, Emma Gonzalez, had:

obtained an inhaler over the weekend after a coughing fit landed her in the emergency room. On Monday, the fourth grader was hit with another coughing spell in class at Columbia Elementary.

When Emma took her inhaler out to use it, her teacher sent her to the office, where staff took the inhaler.

Emma said she started coughing so hard she threw up on her pants.

What’s a little vomit compared to the real problem: Parents who simply WON’T fill out forms right after a trip to the emergency room? Let this be a lesson to them! (Boldface mine.)Â

District officials say the staff did everything right by taking the medication to make sure it was for that specific student.

The inhaler doesn’t have Emma’s name on it and the school had not been notified that she was taking the medication.

“There could be all sorts of problems if children were just allowed to take any medication and we didn’t have that verification. Again, this is for the student’s safety,” said district spokeswoman Sandy Riesgraf.

I’m sure Emma feels safer already, knowing that she will be prevented from accessing life-saving drugs if all the paperwork is not in order. Phew! – L.Â 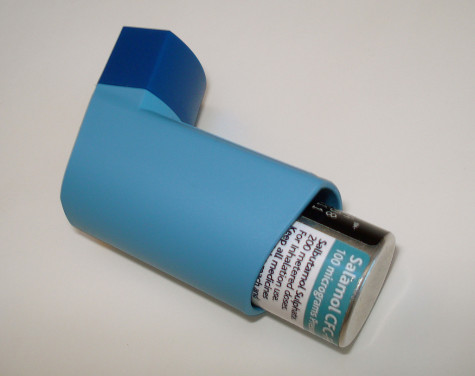 Why should we give this to you, just because you appear to be gasping for breath?

143 Responses to School Lets Girl Cough Self Into Vomiting Fit, Because Her Inhaler Doesnâ€™t Have Her Name On It