UPDATE: nidfndetsa
This story is from Roxbury, NJ, not Roxbury, Mass. My bad. The area’s Wikipedia page lists crime stats from 2009: 0 murders, 3 robberies.Â

In Roxbury, Mass, the school district just hired the former chief of police, Jim Simonetti, to evaluate their security. And guess what? He has recommended the district spend overÂ half a million dollars on “MAN TRAPS”Â to be installed at all three public schools.

These are interrogation rooms that visitors must pass through on their way into the schools where they will show I.D.s. If the guests pass muster, they are allowed on in, says theÂ Tap Into Roxbury news service. Moreover —

Another security measure being recommended by Simonetti involves what some might label a blow to civility: People should no longer hold open, or open, a school door for those coming behind them. â€œIâ€™m going to ask you not to,â€ Simonetti said, noting that doing so creates a security breach.

Similarly, Simonetti is urging students to not use pencils, book bags or other items to prop open doors when they need to run out to their car for forgotten items. This â€œstop the propâ€ idea came from students during Simonettiâ€™s discussions with them about school security, he said.

I can sort of see not propping open the doors all day long. But the idea of not holding the door open — actually CLOSING the door on people you KNOW is not a blow to civility, it’s a blow toÂ civilization.

Treating every human as a ticking time bomb is not only mean, it’s crazy. It’s like treating every snow globe as if it’s an explosive device.

Oh wait. Okay, so it’s like internalizing that same mindset you see at the TSA: Not even the most ridiculous threat — say, a pair of knitting needles wielded by am 88-year-oldÂ in a home-made, hand-knit dress-and-tam ensemble — is to be trusted. Away the needles go.

Just like slam the doors in Roxbury go. Even though the schools already had a system in place to buzz people in, the guy paid to find new safety loopholes says — surprise — he found some! Therefore, the old security system is pathetic.Â We must trap the men.

…and women, of course.

But for some reason they aren’t called Women Traps, are they? – L. 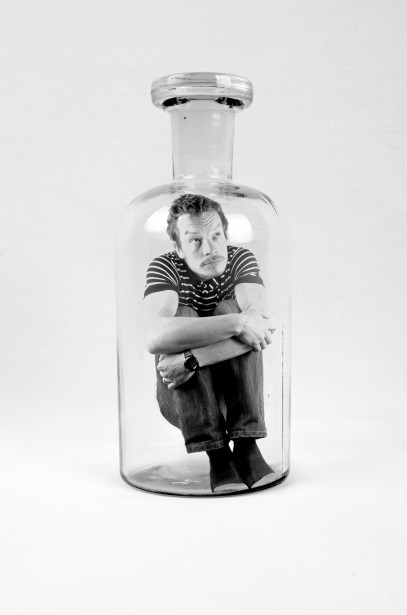 This is not what the actual Man Trap looks like. At least, so far as I can tell.Â

“Oh Look, Honey, See The Rose? What Color is the Rose? Rose Starts with R. Roses are Flowers, Just Like Daisies…” AGGHHHHHH!
This Mom Won’t Let Any Male Babysit Her Kids, Ever