From poison candy to prowling predators, we keep confusing Halloween’s “spookiness” with actual dangers to our kids. Having scared ourselves to death, we then insist on making the the day ever more supervised. How far overboard can we go? Here’s a wonderful piece by Anat Rubin at The Marshall Project, titled, “This badddahnta
is What Happens to Registered Sex Offenders on Halloween“:

Before the sun sets on Halloween, Allen O’Shea will make his way to the local courthouse in Gaston County, North Carolina, where he will remain for several hours under the watchful eye of law enforcement until trick-or-treating has ended.

This will be O’Shea’s first Halloween as a registered sex offender, a label he earned after having consensual sex with a 15-year-old girl when he was 19. He admits he was wrong. Still, being held in custody because costumed children are walking the streets asking for candy strikes him as absurd.

“My crime had nothing to do with kids,” he said. “I made a 19-year-old mistake. I didn’t go and molest a 5-year-old, and I’m being treated as someone who did.”

The consequences of ending up on a state sex offender registry are harsh, making it extremely difficult to find a job or even a place to live. But on no day is the fallout stranger than it is on Halloween.

Despite research showing no evidence that children are at greater risk of experiencing sex abuse on Halloween than on any other day, states and localities around the country impose severe restrictions on registered sex offenders during the holiday.

Some â€” including parts of Virginia, Georgia, Delaware and Texas â€” require sex offenders on probation or parole report to designated locations. Others â€” such as Missouri, Florida and Nevada â€” direct some offenders to post signs on their doors that say, “No candy or treats at this residence.” Broader restrictions in most states direct people on the registry to keep their lights off to deter trick-or-treaters and stay away from children in costumes in their neighborhood or at the local mall.

When the complete and documented absence of risk matters not ONE WHIT to lawmakers and law enforcement, there IS no rule of law. Only superstition, prejudice and fear. Which means people are being rounded up by the cops for no reason at all.

But that’s not the message families hear in the weeks before Oct. 31, when articles with headlines such as “Homes to Watch Out for This Halloween,” which run the addresses of local registered sex offenders, are common.

And then Rubin reminds us of the stark reality of our sex offender laws — overkill is the name of the game the rest of the year, too:

For O’Shea and other people on sex offender registries, giving up Halloween isn’t their biggest concern but only a more bizarre example of some of the restrictions they face each day. The terms of O’Shea’s probation prevent him from interacting with children, including his 11-year-old half-brother and 14-year-old step-sister.

“I can’t go to a restaurant near a Chuck E. Cheese,” O’Shea said. “If I go to Wal-Mart, I can’t go anywhere near the toy section. I can’t go to the mall either, because the mall here has an area where the kids play while the parents are shopping.”

“But the most difficult thing is I can’t see my brother and sister,” O’Shea said.

Taking away basic human rights from a teen who had sex with another teen? THAT is beyond scary. – L 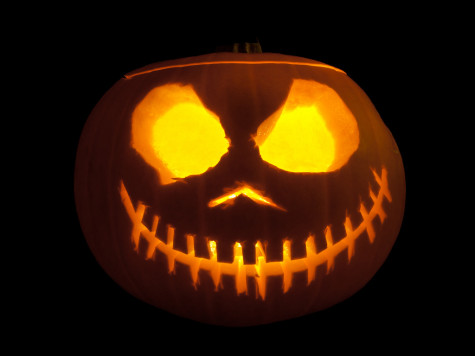 “What Was Your Worst Experience as the Child of Helicopter Parents?”
Last Halloween Thought: Maybe Parents Should Not EXPECT to Feel “Peace of Mind”

111 Responses to Sex Offenders on Halloween: The Really Scary Part