Readers, this is just a fascinating Texas Monthly story about a lockdown drill that everyone but the principal and a few administrators thought was REAL. At the heart of it lies the question the reporter asks (see below). And also: How does a terrifying drill Â make the staff better prepared than a calm one? And the uber question: What kind of administrators think a shooting is so likely, it is worth putting everyone in their school through a horrifying experience? That’s the kind of thinking that gets us all sorts of drastic laws: “I don’t care if the odds are TINY, I still demand we do something huge and inconvenient that could easily backfire!”Â

Is It Possible to Prepare Teachers and Students For School Shooting Situations Without Traumatizing Them? by Don SolomonÂ

When Hans and Jessica Graffunder sent their kids to school at Small Middle School in Southwest Austin last Thursday morning, they didn’t expect that by mid-morning, their children would be in the middle of a lockdown situation. The Graffunder’s couldn’t have anticipated that their daughter, 11, would find herself in the school library with a librarian urging her to find a better place to hide so she wouldn’t get shot, or that their son, 13, would be locked in a room with a teacher who drew the curtains at the windows as unknown people rattled the door handles from the outside.

And when these terrifying scenarios happen, there is no anticipation, no warning. But what about when there is no actual shooter? When there is no emergency? What happens when it’s a lockdown drill simulating a gunman on campus planned by the Austin Independent School District and the middle school itself? Shouldn’t parents and teachers anticipate that because they’ve been given plenty of advanced notice?

On the morning of the December 12â€”after they’d sent their kids to schoolâ€”the Graffunders and other parents at the school received an email from the school informing them that there would be an unannounced lockdown drill later that day. According to Hans Graffunder, the unannounced nature of the drill, which happened almost a year to the day after the Sandy Hook Elementary School shooting in Newtown, Connecticut, had both students and teachers in a panic.

“The only people at the school who knew it was going to happen, or knew it was a drill, were the principal and a few administrative staff,” Graffunder said in an email to Texas Monthly after the drill. “The teachers did not know it was a drill. The simulation took place in a passing period, so all the kids and teachers scrambled for a place to hide. My daughter ended up in the library. The emergency team went around to rooms where kids and teachers were hiding and proceeded to rattle door handles and beat on locked doors to simulate someone trying to break in. The librarian told my daughter that she better find a better pace to hide or she would get shot. She was told that a bullet could dome right through the library window and hit her. She was absolutely terrified. Kids and teachers were screaming and crying. One of her teachers had a complete meltdown, which made all of her kids break down, as well.”

Graffunder’s interpretation of the drill is pretty consistent with that offered by the school’s principal, Amy Taylor. (Taylor does say that door handles were checked to ensure that they were locked, not to simulate someonewas breaking in.) Both the school and the outraged parent agree on the basics of what happened: The school simulated a lockdown without warning teachers, and parents were informed the day of the drill with, at least in some cases, insufficient warning to give them the opportunity to pull their kids out of school for the day.

While no one would dispute the importance of emergency preparedness, the way the unannounced drill was carried out raises an important question: Is it possible to prepare schools for this sort of emergency without traumatizing the students and teachers involved?…

Read the rest here. And if you’ve ever been traumatized by a scary situation, I’d particularly like to hear your take! – L.Â

UPDATE: In response to the commenter who plans to hold an unannounced drill at this school sometime soon to make everyone “better prepared” than an announced drill would: There’s justÂ Â zero reason to make people temporarily believe they are at the hands of a madman, considering this is still one of the very rarest of crimes (even though it gets a lot of attention). It’s like snatching kids off the street in a windowless van without first explaining this is not a real abduction. 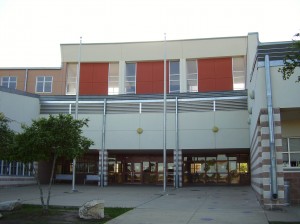 It began as an ordinary day….

Is This News? A Baby Almost Hurt Himself
Parents, Kids, Love, Fear, Abductions, Depravity and (Of Course) The Onion

77 Responses to Should a School Declare a Lockdown (And Not Tell Students and Teachers It’s a Drill)?