It’s so strange to me that society doesn’t connect the dots. Especially dots as obvious as these:

Dear bnbazidefk
Free-Range Kids: Â I live in Rockhampton Queensland Australia.Â  Our town is one of theÂ states most obese.Â  Rockhampton has been identified as one of the citiesÂ that our states health system recently targeted to pilot a healthyÂ eating, healthy movement program fro children Â (and parents) under 5.

I was one of the facilitators for this program and was gob-smackedÂ to see this sign.Â — Katrina 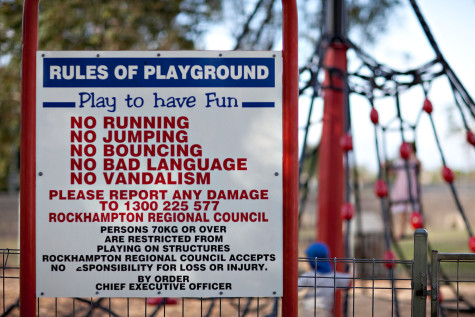 To Volunteer, All You Have to do Is…
MEITIV FAMILY IN MARYLAND CLEARED OF ALL CHARGES!