Readers — Here’s a story from the Star Tribune to warm you heart! Free-Range-wise, one of the things we like to remind folks is that THIS generation of kids is not suddenly the most delicate in history! They come fully equipped to handle the same challenges kids did for generations. (Though personally I am a fan of central heating.) – L

HERMANTOWN, Minn. â€” It was bedtime for Rudy Hummel. He pulled on three pairs of pants and four shirts. He slipped into a pair of boots. He walked out into the starry December night and headed for his snow house.

The temperature was 8 degrees.

For Hummel, 17, this would be his 193rd night in a row sleeping outdoors. He started June 7, sleeping on an elevated platform in a copse of balsam fir in his backyard.

“Originally, it was just going to be for the summer,” he said. “I thought it would be cool to spend the whole summer sleeping outside.”

An outdoorsy kid in an outdoorsy family, he enjoyed dropping off to sleep listening to the owls. He liked waking up to the sound of birdsong and to shafts of sunlight slanting through the balsam boughs. September came, and he wasn’t ready to come inside.

“I thought, ‘I need something more fun,’ ” he told the Duluth News Tribune (http://bit.ly/JorTNC).

So, he decided to shoot for a full year of sleeping outdoors. When winter came on, he built the snow house. He piled up a mountain of snow, let it set up and then hollowed it out. He finished building his snow house on Dec. 10 and has been sleeping there every night since. 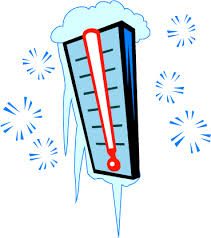 It’s 8 degrees F. and Rudy Hummel is snuggling into bed…outside.

Of Kids and Dogs and Allergies and Asthma
UPDATE! Two Versions of What Happens When We Let Kids Wait in the Car. NEEDED: Someone Who Has Faced Kids-in-Car Charge

19 Responses to ‘Snow Joke! Teen Sleeps Outside, Nightly, in Minnesota!