Readers — Show us your chops!

Here’s a song I wrote last night, inspired by this AP story by Nedra PicklerÂ about some schools, including Â those in Glen Ridge, NJ, that “want to end their traditional role as polling places because of security concerns since the 2012 massacre at Sandy Hook Elementary School in Connecticut.” (As one commenter once wrote about this issue, “Guess all of those Election Day Massacres finally took a toll.” )

Your job? SING THE SONG AND SEND US A LINK in the comments below! Or just send me the video via email: heylenore3@gmail.com . Do it by Sunday, Jan. 12. I’ll post some of the versions on the blog and the winner chosen by a distinguished panel of one will get an autographed copy of Free-Range Kids! Here’s the karaoke version of Strangers in the Night to sing along to:

Strangers in the schools, I look askance as

What if they have come with a grenade or two?

Something in their eyes, it’s so forboding

Look at how they smile, they say they’re “voting”

Something in my heart, tells me they’re perverts too!

Strangers in the schools!

Yes, Â they’re my neighbors, but they’re strangers in the schools!

And at that moment when they walk into the gym, hope for life grows dim

Bludgeon all the kids they may, to celebrate Election Day.

So — If you want your kids avoiding dangers

Strangers like the ghouls who go and vote in schools. 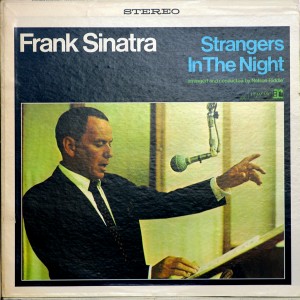 Help Needed: Mom Who Let Kids Wait in Car Needs Lawyer and Is Distraught
Whose Idea Was it That Children are Fragile and Stupid?

19 Responses to KARAOKE CONTEST! Strangers in the Schools: A Song for Glen Ridge NJ on Election Day