Zachary zhfbfryskk
X, now 19, is in jail awaiting sentencing for five pictures his teenage girlfriend sent him of herself in her underwear. He faced a choice between a possible (though unlikely) maximum sentence of 350 years in prison, or lifetime on the sex offender registry as a “sexually violent offender”â€”even though he never met the girl in person. Here’s what happened.

About two years ago, when Zachary was a 17-year-old high school senior in Stafford County, VA, a girl in his computer club invited him over to visit. She introduced him to her younger sister, age 13. This younger sister told Zachary he reminded her of a friend: this friend, also a 13-year-old girl, shared Zachary’s love of dragons and videogames.

The two 13-year-olds started skyping Zachary together. Eventually Zachary and the dragon-lover struck up a online friendship, which developed into a online romance. By the summer, a month after Zachary turned 18, the girl sent him five pictures of herself in her underwear. Her face was not visible, nor were her private parts.

Instead, he took a plea bargain. This is what prosecutors do: scare defendants into a deal. Zachary agreed to plead guilty to two counts of “indecent liberties with a minor.” For this, he will be registered as a violent sex offender for the rest of his life.

Yes, “violent”â€”even though he never met the girl in person.

Zachary’s dad wrote to the authorities asking about this, and got a letter back from the Virginia State Police reiterating that, “This conviction requires Zachary to register as a sexually violent offender.”

The letter added that in three years, “a violent sex offender or murderer” can petition to register less frequently than every three months.

“How do you like that?” said the dad in a phone conversation with me. “Same category as a murderer.”

As part of the plea, Zachary also agreed never to appeal. He will be sentenced on March 9. Until then, he remains in jail.

If this sounds like a punishment wildly out of whack with the crime, welcome to the world of teens, computers, and prosecutors who want to look tough on sex offenders. The girl did not wish to prosecute Zachary, according to his dad. He told me the pictures came to light because she had been having emotional issues, possibly due to her parents’ impending divorce. Eventually she was admitted to a mental health facility for treatment, and while there she revealed the relationship to a counselor. The counselor reported this to her mother, the police, or both (this part is unclear), leading the cops to execute a search warrant of Zachary’s electronic devices where they found the five photos and the chat logs.

Until that day, Zachary had never been suspected of, or charged with, any criminal activity other than one count of distracted driving, which he paid off with 15 hours of shelving library books. He was, at the time of his arrest, attending community college in computer graphics and delivering Domino’s Pizza. He was also, by his account, a virgin.

The family hired two psychologists to evaluate Zachary, which I read. One psychologist, Mike Fray, found him to be “not a physical threat to this girl or to any other young girls.” The other, Evan S. Nelson, summed up this case and what is wrong with all the cases Zachary’s story represents:

This psychologist cannot count the number of adolescent sex offenders I have met who have a sense that what they are doing is ‘wrong’ but were ignorant that their conduct was criminal, let alone a felony, or actions which could put them on the Sex Offender Registry. In the teenage digital social world, if both parties want to talk about sex, that seems like ‘consent’ to them. Ignorance does not excuse this conduct, but it does help to explain why he did this, and to the degree that ignorance was an underlying cause of his crime, this problem can be easily fixed with education.

Zachary’s not a sexual predator, in the psychologist’s view. He’s a teen who did something stupidâ€”that he quite plausibly didn’t understand was illegal. And yet the state of Virginia, and in particular prosecutor Ryan Frank, has chosen to pretend that the only way to keep Zachary from feverishly preying on young flesh is to destroy his life.

This is so obviously flawed that Virginia Speaker of the House of Delegates William J. Howell has written a letter on Zachary’s behalf:

Based on the information I have, I believe Zachary was unaware of the magnitude of impropriety in his behavior… It is my understanding that the local sheriff’s office performed a forensic analysis on Zachary’s computer and found zero incidents of pornography or trolling for females. While the aforementioned incident was highly inappropriate, it appears that there are no signs of general deviance in his character but rather immaturity and naivete….

As my record indicates, I am certainly not soft on crime and I am not suggesting that Zachary be spared any consequence of his actions. That said, I do believe this may be more of an incident of adolescent immaturity and poor judgment than of inherently deviant behavior and thus may not warrant being placed on the sex offender registry.

Outraged readers should root for two things. First, that this case prompts the Virginia legislature to review the laws that enable draconian persecutions like the one against Zachary.

Second, that Zachary be given a punishment that truly fits the “crime.” If you recall the case of another Zachâ€”Zach Anderson, a 19-year-old who had sex with a girl he honestly believed was 17 (because she said so) but was actually 14â€”he was originally sentenced to 25 years on the sex offender registry. But after public outcry, he got two years’ probation instead, on a “diversion program.” A program like this is sometimes available for first-time offenders. It sounds far more reasonable. Or maybe Zachary could do some community serviceâ€”like speaking at high school assemblies to warn students that what seems like consensual teenage shenanigans could land them on the registry for the rest of their lives.

“I know I’d never do it again because I don’t want to go back to jail again in my life,” Zachary told Nelson during his psychological evaluation. “And if nothing else, this has given me a fear of women.” 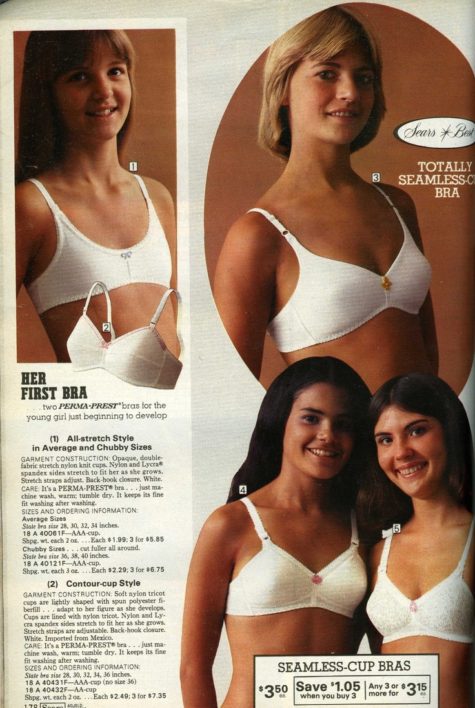 Lucky these pictures are from a Sears catalog and weren’t sent by a girl to her boyfriend, or the boyfriend could spend the rest of his life in prison.