As most of you have heard by now, 7-year-old Sailor Gutzler survived the plane crash that killed her mother, father, sister and cousin Friday night.  The small plane landed in the middle of a Kentucky forest. Bloodied and with a broken wrist, Sailor found her way to the cabin of Larry Wilkins. According to ttsnkfeiyb
CNN:

Even with the plane upside down, the 7-year-old made it out and trekked three-quarters of a mile in the dark through what Wilkins described as “very, very rough territory,” mired with fallen trees, creeks, ditches and blackberry briars.

Sailor was barefoot except for one sock and was dressed for Florida — shorts, no coat — not for slogging through the January cold of Kentucky. Wilkins got her on his couch and called 911, alerting authorities that a plane had gone down and there was at least one survivor.

One TV show quoted a medical expert talking about adrenalin and what we are capable of when we are in survival mode. I’m sure it’s true. But adrenalin or not, this horrific story reminds us of what kids are capable of: Making decisions, being brave, striking out on their own, asking help from strangers…

Let’s remember this when we are trying to decide if a kid can spend an hour or two in the park down the street. Last year, a Reason/Rupe poll found that 68% of Americans don’t think it should even be LEGAL for a 9 year old to be at the park unsupervised. We are overestimating danger and, as we can see from Sailor’s story, seriously underestimating kids. – L. 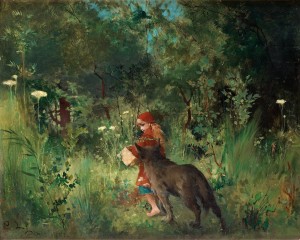