How should the tragic news of a 10-year-old Hailey Owens’ abduction and murder change us?

Not more laws protecting kids — there are already laws against murder. Not more police on the street — I don’t want a cop on every cul de sac. Not more stringent laws against those on the Sex Offender Registry — added strictures have not been shown to make kids any safer.

So how about more oversight of kids? How about advising parents never to let their kids do anything on their own?

That is not something we need either.

Looking backward, we all wish Hailey had not been walking in her neighborhood on Tuesday. Looking backward on any tragedy — a car crash, a pedestrian death, a tree branch falling on a child — we all wish that, on that particular day, at that particular hour, the victim had been doing anything besides getting driven to soccer, or crossing the street to school, or playing hopscotch on the sidewalk. That doesn’t mean that no one should ever get into a car, or walk to school, or play under a tree again.

The really hard thing to recall when a terrible thing happens to some child somewhere,  is that it does not mean all children are now in danger at all times everywhere.

This is particularly hard to recall in a society has taken to reflexively using the very worst, saddest story — a murdered child — as a sort of touchstone for parenting. A rare and tragic death is something we’re now expected to think about all the time, when making any decisions for our kids. To be able to swallow the idea that there is risk in everything in everyday life — not a lot, but a little — has gone from being considered normal to being considered negligent.

It is not negligent.

I will think about Hailey’s death from time to time, with a heart that feels leaden. But I cannot make it my touchstone. It is a terrified and warped society that would regard a walk  home as a dangerous activity for a child,  despite the fact that on one sad day, in one town, for one child, it was. – L 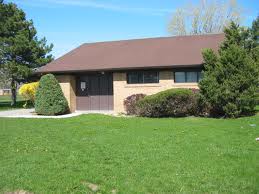 Stephen King Understands
Through the Lookingglass