My husband has been loving “The srynekkrnt
Friedkin Connection: A Memoir,” by William Friedkin, director of The Exorcist, The French  Connection and more. The excerpt below is an incredibly stark reminder of how we used to trust — even expect — young people to be part of the real world. (It’s also a  stark reminder of how Chicago worked, but that’s another story.)

Trusting our kids to rise to the occasion is the opposite of “learned helplessness.” It’s learned competence, something we deprive our children of when we, out of love and fear, do everything with or for them (boldface mine):

At election time the Democratic ward committeeman, in our case the Forty-Eighth Ward, would come around and visit my mother. Drinking coffee in the kitchenette, he would show her a sample ballot and say, “Now, here’s who you vote for, Mrs. Friedkin, and these are the propositions you want to put a check mark next to”—all Democratic candidates and initiatives, of course.
.
My mother would smile, offer him more coffee, and agree to whatever he said. When he had gone over the ballot with her several times to make sure she understood, he would say, “Now, what can I do for you?”
.
When I was twelve and about to start summer vacation from school, she asked him if the Party could possibly find me a job.
.
“How old are you, William?” he asked.
.
“Twelve, sir.”
.
“Twelve—well, you know, you have to be sixteen to be eligible for Social Security and a decent job.” Frowns all around. “Do you like baseball, William?”
.
I did; I was a Cubs fan, though I had never been to a game, but I knew the lineup of the 1947 Chicago Cubs by heart. “Let me see what I can do,” he said.
.
He could do whatever he wanted. The Party ruled Chicago, and though I was an only child, my huge extended family represented a lot of votes.
.
Within a week I had a Social Security card declaring I was sixteen and a summer job selling soda pop at Wrigley Field. I carried thirty bottles of pop in half-moon-shaped cases with a thick strap around my neck. I would make two cents a bottle, sixty cents a load, and during a nine-inning game I could do twelve cases, six or seven bucks. Not chump change. On weeks when there were doubleheaders, I would sometimes bring home sixty dollars, which was more than my dad made as a salesman for the Duke Shirt Company on South State Street.

Not saying that every pre-teen soda seller goes on to direct movies that become classics. Just saying that if he hadn’t had that kind of early experience at flexing his gumption, maturity and actual muscles…the head spins.
.
Happy  INDEPENDENCE weekend! – L. 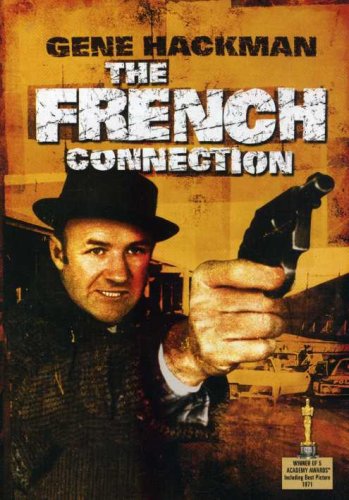 Speaking of connections, how about the one between childhood competence and adult confidence?

What Happened to an Organic, Drug-Free Mom Giving Birth…Who Tested Positive for Meth
Never Eat Cookie Dough Again Unless You Want to Die an Agonizing Death (Says the FDA)