Readers — The name Maddie McCann may well still resonate for you. She’s the girl who was stolen from her hotel room in Portugal in 2007.  Her parents were eating in a restaurant nearby. When I give my ieifizkiid
talks, I often ask my audiences if they can think of ANY other story they’ve heard out of Portugal…

Usually, they can’t. My point is that this story came to us from an ocean away because it is so incredibly important…to the news media. Why?

Because it’s a crime that no parent could have predicted. As such, it makes parents terrified (and glued to the TV — great for ratings), because it purports to teach us that our kids are NEVER safe unless we are with them every single second.

So now comes this column about the case in yesterday’s Toronto Sun, tied to the release of a new electronically generated photo of a suspect. The writer tries to sound reasonable and even non-judgmental, pointing out that while many parents leave their kids for a short while, “few come back to an empty bed.”

But then…ah…it goes where the media can’t seem to resist. It begs us to consider ABDUCTION every time we think we can reasonably take our eyes off our kids:

The McCann case has stayed in the news, not just because the missing child was adorable and privileged — although that helps — but because so many around the world identified with the parents and their lapse. That could have been us, they say, on vacation, not a care in the world, not dreaming that a stranger was waiting his chance.

Like the 1991 Bernardo/Homolka case, in which one of the notorious couple’s teenage victims, Leslie Mahaffy, had been locked out of her home by an exasperated parent, and then picked up by her killer, Madeleine’s case has changed attitudes, maybe saved lives. I remember passionately arguing with a mother who told me she had locked her rebellious daughter out after she missed curfew. No, I said, you can’t do that. Remember Leslie Mahaffy.

Remember Madeleine McCann, parents say to themselves if they are tempted to slip away for a moment. Our children are almost uniformly safe. Statistics bear that out. But knowing about one child who wasn’t safe can influence parents everywhere.

It sure can. Especially when the media continue to present the case as a cautionary tale, instead of an event so wildly unpredictable and almost unheard of that it made headlines around the world. Anything that unusual should NOT change the way we live our lives, any more than a plane crash should make us avoid ever getting on a plane again.

But, as usual, that’s the plea the media makes: “No, I said, you can’t do that. Remember Leslie Mahaffy.” And remember Maddie. Remember the saddest, least likely stories from literally around the globe when making everyday parenting decisions in your own neighborhood, thousands of miles away.

Yours truly begs you to remember something else instead: Your own childhood, before parents were routinely exhorted to obsess about death. – L. 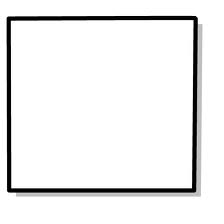 I was going to paste in a photo of Maddie McCann, but then I felt like it would only add to the problem of us over-identifying with unlikely tragedies.