Update on Danielle and Alexander Meitiv in suburban Maryland who Â are being investigated for negligence because they let their kids, 10 and 6, walk home from the park unsupervised. (I don’t write “walk home alone” because they weren’t — the had each other!) The parents had their hearing with Child Protective Services yesterday. Writes Donna zaknefhssn
St. George in the Washington Post:

The neglect investigation that started after a Silver Spring couple allowed their children to walk home a mile from a park could continue for another couple of weeks, despite the parentsâ€™ hopes that authorities would drop the case at a meeting Monday.

â€œI would have liked closure,â€ said Danielle Meitiv, leaving the session at Montgomery County Child Protective Services offices in Derwood with her husband, Alexander. â€œIâ€™ve had a knot in my stomach all morning. I just wanted this to be over.â€

The Meitivs described the tone of the 15-minute exchange as cordial and said they remained hopeful that the case â€” which has sparked intense debate about parenting, child safety and government intrusion â€” would soon be closed.

But they said that CPS officials emphasized that they use the stateâ€™s laws governing unattended children in buildings and vehicles as a guide in neglect cases such as theirs, involving a walk outdoors.

Here’s the law. How can anyone possibly interpret “walking outside” as “locked or confined in a building?” And beyond that: The law itself is flawed. Not permitting a 10 and 6 year old to be indoors together for a chunk of time, unsupervised, does not make any rational sense. It should be up to the parents to decide if they think their kids will be okay.

But as I’ve said before: Ten is the new two. Kids who just a generation ago were considered old enough to be crossing guards are being treated as if they are completely helpless babies.

Today is the day I talk to some legal experts about how we can go about actually proposing new laws that restore the rights of kids to be outside, and parents to let them. David DeLugas of the National Association of Parents will be among these folks. Onward and outward! — L 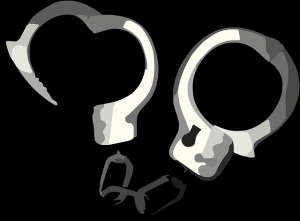 Giving kids a Free-Range childhood should NOT be a crime.

79 Responses to The Meitivs are Restless