Almost every time I’m interviewed about “Why rhtisasdba
I Let My 9 Year Old Ride the Subway Alone” (and he’s 17 now!), the interviewer finally leans over to ask, “But Lenore, how would you have felt if he never came home?”

Since I think the interviewer can pretty much guess how I’d feel, it finally occurred to me that this is not a question — it’s an accusation. “How would you have felt…” is code for, “How come you weren’t thinking about how terrible you’d feel, knowing the role YOU played in this easily preventable tragedy?”

Parents are constantly exhorted not just to imagine the worst possible thing that could happen to their kids if they let them wait in the car/walk to school/sleep on a non-organic mattress. They are also supposed to imagine the guilt that would consume them forever.

Which is a long, super-somber way of saying what the Onion just said so perfectly:

Report: U.S. Parentsâ€™ Top Concern Is Child Dying From Something They Could Be Blamed For

WASHINGTONâ€•According to a Pew Research Center report published Tuesday, the number-one worry among mothers and fathers in all parts of the country is their child dying from something they could be blamed for as parents. â€œWhen surveyed, the majority of American parents said their single greatest fear was the death of their child, namely from some cause that could ultimately be traced back to them,â€ the report read in part, before noting that many parents in the U.S. frequently lie awake at night worrying about the unthinkable happening to their son or daughter and causing the public to look upon them as criminally liable for their death…

Read the rest here (darn short). Or tell us about a time you watched anticipatory guilt play out. – L. 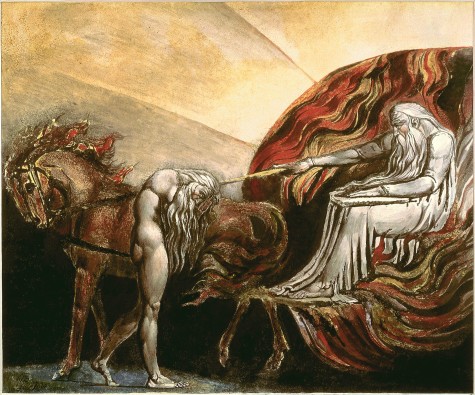 Here’s God judging Adam. But at least it’s not on Facebook. (Courtesy of William Blake)

51 Responses to The Onion Nails it AGAIN about Parenting