Readers sfayrbeftz
— When I was growing up, I knew what predators were: Lions, hawks, sharks…. Now animals come to mind only distantly when we hear that word, and that has changed our outlook on crime, childhood, safety — and parenting. This musing comes to us from the commenter signed worthdoinganyway:

Dear Free-Range Kids: I think just the explosion of the use of the word “predator” is part of the problem. I don’t remember, when I was growing up, people talking about “predators.” Sure, we knew there were kidnappers and child molesters and murderers, but it seems like in the last decade we have decided there is this class of “predators” out there, which of course is going to make people feel unsafe.While I don’t doubt there are some individuals out there who really do actively, continually, go around looking for potential victims to prey on, I don’t believe for a moment that that describes most criminals, or even most people who molest or murder children. More often than not, these are, like all other crimes, committed not by diabolical predators who have masterminded the perfect crime, but by people who are impulsive and often under the influence of drugs or alcohol (and in some cases who are severely mentally ill).I think we’d do well to discard this notion of “predators,” as if there’s some subset of the population who are actively and always trying to come up with ingenious ways to harm our children. That’s the stuff of TV crime shows and mystery novels, not reality.

Lenore here: Wait a sec? TV, mysteries and movies aren’t reality? One of my favorite comments in the immediate aftermath of the whole Izzy-on-the-subway incident was a man berating me: “Why did you let your son ride the subway alone? ‘Don’t you watch Law & Order?'” 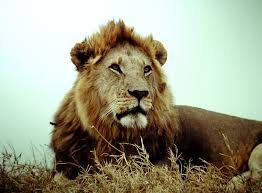 Hey! Don’t forget about ME!

Tied Up in Baby Sling Regulations
“Neuroscience Says ________ Will Harm Your Kids!”

24 Responses to The Problem with “Predators”