The saddest news. You know what it is. Hearing that 8-year-old Maddy ybekyhtyyt
Â Middleton of Santa Cruz, CA, was found dead today, and the suspect is a 15 year old neighbor.

I will remind us all that this is the least common of crimes. That there are no more murders today than there were in our own youth. That when danger is random and exceedingly rare there is no way to organize one’s life to prevent it. (Remember, after the attacks of 9/11, many Americans cancelled their flights to avoid terrorism — and there was an uptick in auto deaths. The best laid plans…) To act as if there was a way to predict and avoid this utterly unpredictable tragedy is a subtle dig at the parents — as if they did something wrong.

But I repeat all this with aÂ heavy heart.

Tomorrow or in the next few days I will publish some wise things people have written here as comments over the years — things that can perhaps help us keep some perspective on parenting and crime and childhood while we absorb the sorrow.

But for now, no. Just bewilderment and sadness. – L 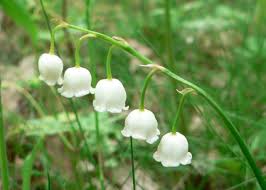 Sometimes there is nothing to say.

55 Responses to The Saddest News