Readers — This story from The Telegraph makes Kafka look like Louisa May Alcott. I don’t share it as a tale of, “Look what’s happening all the time!” because, thank God, it is unique. What it does illustrate is what happens when the government is allowed to make parenting decisions. Drastic ones. Always, of course, “for the sake of the child.”- L.

‘Operate on this mother so that we can take her baby’

Last summer a pregnant Italian mother flew to England for a two-week Ryanair training course at Stansted. Staying at an airport hotel, she had something of a panic attack when she couldn’t find the passports for her two daughters, who were with her mother back in Italy. She called the police, who arrived at her room when she was on the phone to her mother. The police asked to speak to the grandmother, who explained that her daughter was probably over-excited because she suffered from a “bipolar” condition and hadn’t been taking her medication to calm her down.

The police told the mother that they were taking her to hospital to “make sure that the baby was OK”. On arrival, she was startled to see that it was a psychiatric hospital, and said she wanted to go back to her hotel. She was restrained by orderlies, sectioned under the Mental Health Act and told that she must stay in the hospital.

By now Essex social services were involved, and five weeks later she was told she could not have breakfast that day. When no explanation was forthcoming, she volubly protested. She was strapped down and forcibly sedated, and when she woke up hours later, found she was in a different hospital and that her baby had been removed by caesarean section while she was unconscious and taken into care by social workers. She was not allowed to see her baby daughter, and later learnt that a High Court judge, Mr Justice Mostyn, had given the social workers permission to arrange for the child to be delivered. In October, at a hearing before another judge, she was represented by lawyers assigned to her by the local authority and told she would be escorted back to Italy without her baby. 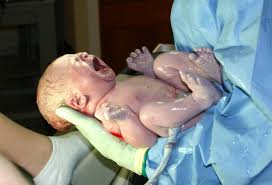 You’d scream, too, if you’d been taken from your mom and given to strangers without her consent — or even knowledge!

Superman and a Boy Alone in New York City
“The Helicoptered Kids are Pretty Darn Perfect, and My Free-Rangers Are Falling Behind”