By now we’ve all heard about the Missouri family that had their 6 year old kidnapped, bound and taken into the basement, where his pants were removed and he was told he’d be sold into sex slavery.

So here’s the kicker, as reported in stltoday.com:

Jerry zakrftrnda
Dunn, executive director at Children’s Advocacy Services of Greater St. Louis, would not comment directly on the case. But he said that if parents truly are concerned about “stranger danger” issues, they should increase the amount of supervision so the child is not in a situation where he or she can engage a stranger.

“We don’t want to make the child responsible for protecting themselves,” Dunn said. “The adults need to help protect the children.”

In other words, Jerry Dunn ALSO believes that if a child is talking to a stranger, the child is in danger.

Which is exactly why the boy’s family fake-kidnapped him: The misguided assumption that all adult-child encounters could and might well lead go bad.

My advice to parents trying to figure out how to help their kids navigate the world is not constant supervision, and it’s not, “Tie them up and make them think they’re going to be nailed to the wall.” (Which is what the fake kidnapper had told the boy. Nice touch.)

No, my advice is two-fold:

FIRST: Teach your children they can TALK to anyone, but they cannot go OFF with anyone. That way if, God forbid, they ever DO find themselves in a dicey situation and they need help, they will feel free to ask it of any stranger nearby. This makes them SAFER rather than LESS SAFE.

SECOND: Teach your children the 3 R’s: Recognize, Resist and Report:

Recognize — that no one can touch you where your bathing suit normally covers. You can teach this to children starting as young as age 3 and it doesn’t freak them out anymore than teaching them to “Stop, drop and roll” if they’re ever on fire.

Resist — If someone is bothering them, they can and should yell, hit, bite, run, and resist the person.

Report — Secrecy is the abusers’ greatest ally. Let your kids know they can and should tell you if something seems weird or someone was “bad,” even if your kids promised to keep a secret. Let them know that you will NOT BE MAD AT THEM for whatever happened. This can help keep the lines of communication open between your kids and you, making it harder for an abuser.

None of these methods is foolproof. But considering the vast majority of child abuse is committed at the hands of someone the child knows, obsessing about “stranger danger” is barking up the wrong tree. – L 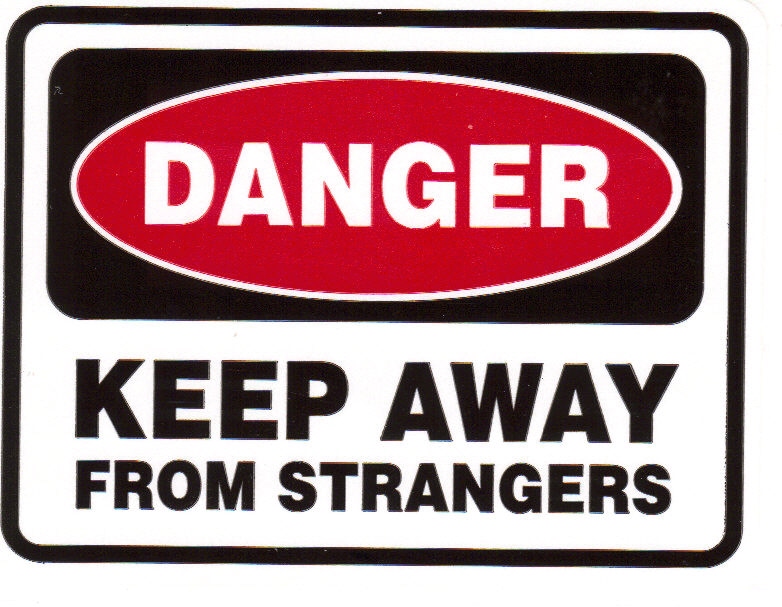 Too Scared to Let Your Kids Walk to the Store? So Were The Parents of These Two!
Welcome to the Re-formatted (but Still Soulful) Free-Range Kids