March 22, 2014
A fsrhnninzb
rant. A true rant. I wanted to rant along! This comes to us from a mom who identifies herself as “The Non-Murderer.”
Dear Free-Range Kids: So I had a crazy afternoon that thankfully ended well, but once I was in a calm place, I had to ask myself, “What would Lenore think of this?” That, and “What’s wrong with the world?”Please excuse the ranting tone:
Dear lady in the hotel parking garage,
I’m the one who called out to you, panicked, in the garage.  I claimed to have locked myself out of my car, while a baby was locked inside. Of course, you had every reason to question my motives. I am a young female who was trembling with panic and alone in a parking garage, so why wouldn’t you assume that I’m likely to be a murderer? I bore every hallmark of a serial killer, so it was wise to deny me help or reassurance, and to run away from me as quickly as you can. Your advice to abandon my car, with a hysterically screaming baby in it, unattended in a garage, so that I could go up several floors to find a security guard on my own, was very sound advice indeed… especially from someone who is as safety minded as you are. It would have been very responsible and safe to leave my kid there, in a garage you believe to be crime ridden.
I know you heard me call you a “bleeping bleep” as you pedaled away on your bike, but I don’t think you cared too much, so long as you were safe from creepy, lurking young women rambling about babies. You seemed to have had only a slight change of heart when you heard me starting to cry and call out for help from someone–anyone–but of course, this could have been just part of my ploy to lure you into my car, so it’s good that you kept considerable distance from me. I heard you making a phone call from your car, on the other side of the lot. You were calling security asking them to come over to me–thanks at least for that, though I wonder whether you were calling them because you genuinely wanted to help, or just to report suspicious activity in section h4. I heard you give a physical description of me, and I also heard you say the words, “You might want to send someone down here just in case there really is a baby in that car.”
Because that’s rational. You could be 99.9% sure that there probably wasn’t a baby and I probably just wanted to kill you. But you simply couldn’t live with yourself if I turned out to be the rare 0.1% of people who are honest and just need help. So thanks for calling security, “just in case,” because as it turns out, I really am an anomaly. I was actually terrified of being alone in a creepy garage for the same reasons you were, though to be fair you didn’t have a screaming toddler causing you distress, and you had access to a car and a phone and could have driven over to me with your doors locked and talked to me through a cracked window while calling the police on my behalf, if you really did want to be cautious. You could have even driven away from me if it turned out I was a dangerous or even suspect person. You didn’t even answer me when I shouted to you from across the lot, begging for help or at least to tell me who you just got off the phone with. You very wisely looked in my direction, looked away, got in your car, and then drove off in the wrong direction on a one way street so as to avoid passing me, leaving a fellow young woman and (a small child who you couldn’t be sure even existed) alone in a parking garage with no phone, no car, no option to leave, and no way of helping her child. You clearly thought this garage was not a safe place and didn’t seem concerned that I could get raped or murdered, too.  So long as you were safe.
Now, it was tremendously gracious of you to drive by to view the situation up close once you saw that security had arrived. Why wouldn’t I, now with tears all over my face and a baby still screaming in the car, be interested in hearing that your family works for the police department and you’ve just heard too many stories to not be cautious? Your lack of compassion or apology upon realizing that I truly was in distress and that there was, still, a baby locked in the car and his mommy who cares about him really was worked up, was a different reaction than mine would have been had our roles been reversed. Then again, I did call you a “bleeping bleep.”
Sincerely,
The non-murderer who actually just needed to use your phone (and by the way, was also raised by a mother who worked for years in the criminal justice system and probably has seen worse than the average police detective does in a career, and she would have called you a “bleeping bleep,” too)
P.S. The baby’s fine, thanks for not even asking. 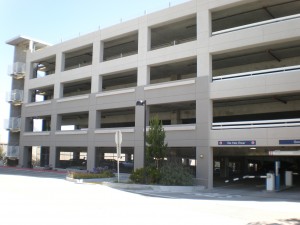